Dr. Sanaz Memarzadeh, professor in the department of obstetrics and gynecology in the David Geffen School of Medicine at UCLA 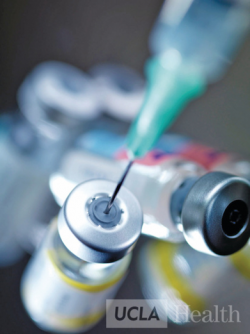 Newswise — It is that time of year for kids returning to school to get vaccinated before the school year starts. But the controversy over the HPV vaccine continues to rage as it has since its introduction in the U.S. in 2014.

The U.S. Food and Drug Administration approved a vaccine to protect females between the ages of 9 and 26 and males between the ages of 9 and 15 against nine strains of HPV. The Centers for Disease Control and Prevention recommends that all kids who are 11 or 12 years old should get two shots of HPV vaccine six to 12 months apart. If adolescences receive two shots less than five months apart, they will need a third shot, the CDC says.

Every year in the United States, HPV causes 30,700 cancers in men and women. HPV vaccination can prevent most of the cancers (about 28,000) from occurring, according to the CDC.

The human papilloma virus (HPV) is transmitted through intimate contact and causes warts on the vagina, cervix, penis and anus.  The CDC says about one in four people are currently infected with HPV in the United States and about 14 million people, including teens, are diagnosed with it each year

Some critics say that it may encourage some young girls and boys to engage in sex at an early age and it can cause serious side effects.  However, the medical data clearly indicates that the HPV vaccine is extremely safe and highly effective at preventing cancers of the cervix, vagina, and vulva in women and cancers of the penis and anus in men; and oropharynx (tonsils) cancer in both sexes.

“The fact that now we have a vaccine to prevent cervical cancer is a huge deal. Cervical cancer in advanced stages can be difficult to treat and control,” said Dr. Sanaz Memarzadeh, professor in the department of obstetrics and gynecology in the David Geffen School of Medicine at UCLA. “Given the efficacy of this vaccine in preventing cervical pre-cancer and cancerous disease makes complete sense that it is included as part of routine vaccination for kids.”

Oncologist Dr. Sanaz Memarzadeh can discuss the importance of vaccinating your child before being exposed to this type of HPV later in life.  Memarzadeh is the director of the G.O. Discovery Laboratory at UCLA and a member of both the UCLA’s Jonsson Comprehensive Cancer Center and the Eli & Edythe Broad Center of Regenerative Medicine and Stem Cell Research.  Her scientific work focuses on improving treatments that could be better tolerated with fewer side effects and developing novel targeted therapies for ovarian, endometrial and breast cancers in women.

Caption: Dr. Sanaz Memarzadeh, professor in the department of obstetrics and gynecology in the David Geffen School of Medicine at UCLA 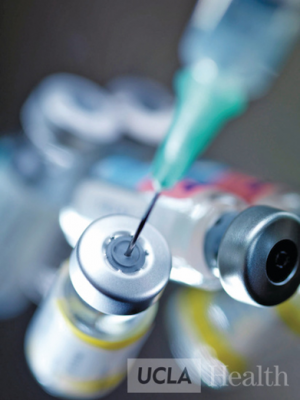