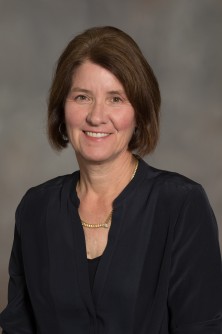 Newswise — Debra Merritt, a Certified Registered Nurse Anesthetist (CRNA), has been on the board of directors for the Malignant Hyperthermia Association of the United States for the past 20 years. She is a staff CRNA who works for The Cone Health System, primarily at The Women’s Hospital in North Carolina.

Merritt is a highly sought-after lecturer on malignant hyperthermia at state and national meetings in the healthcare profession.

A published researcher, Merritt co-authored “Developing Effective Drills in Preparation for a Malignant Hyperthermia Crisis” in the March 2013 AORN Journal. In addition, she was one of three authors responsible for a chapter, “Malignant Hyperthermia: Dantrolene,” published in the 2010 book edition of Pharmacology for Nurse Anesthesiology.

Merritt has been practicing anesthesia since 1992 after graduating with a Master of Science in Nurse Anesthesia and a Bachelor of Science from the University of North Carolina at Greensboro.

A member of the AANA since 1990, she is an active member of several other associations, including the North Carolina Association of Nurse Anesthetists and Sigma Theta Tau, the National Honor Society of Nursing. Merritt has been an adjunct nursing instructor and an associate director of didactic education and research. Merritt resides in Elon, North Carolina.