Provost Tan Eng Chye to Be Appointed as Next NUS President 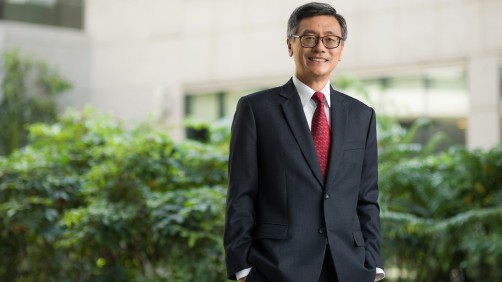 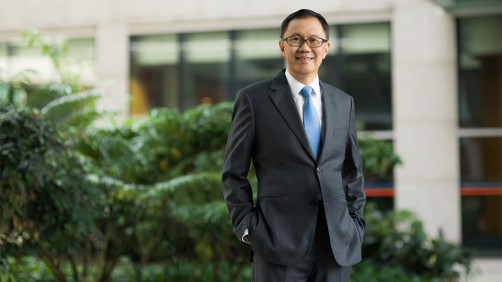 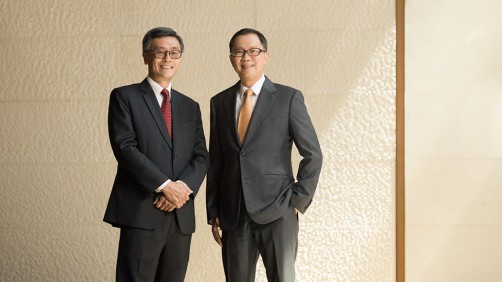 Newswise — The National University of Singapore (NUS) announced today that top academic leader and mathematician Professor Tan Eng Chye will be the University’s next President. Prof Tan, who is an alumnus, and the Provost for the past 10 years, has played a pivotal role in NUS’ development as a leading global university. He will succeed the University’s current President, Professor Tan Chorh Chuan, on 1 January 2018.

NUS also announced the appointment of Professor Ho Teck Hua as its new Senior Deputy President and Provost from 1 January 2018. Prof Ho, who is currently the Deputy President (Research & Technology), is respected internationally for his innovative research leadership. He heads two national research and development programmes in artificial intelligence and data science, and is one of the most sought after experts on revenue model design and behavioural change.

Professor Tan Chorh Chuan, who has been President of NUS since 2008, will be seconded to Singapore’s Ministry of Health at the end of 2017. During his term as President, he spearheaded the transformation of NUS into what it is today - widely recognised as the top university in Asia, and one of the world’s leading universities.

Under Prof Tan’s stewardship, NUS has earned a reputation for its innovative global education and pioneering educational programmes, which are accessible to all Singaporeans of different backgrounds. NUS has also established itself as a global research powerhouse, working with partners from industry, government and academia to address crucial and complex issues relevant to Singapore, Asia and the world.

Said NUS Chairman Mr Hsieh Fu Hua, who chaired the search for the new president, “During Prof Tan Chorh Chuan’s tenure as President, NUS has transformed along an extraordinary trajectory of excellence. We are particularly grateful that he has developed a deep bench of talent with outstanding individuals for the next leadership team. We greatly appreciate Chorh Chuan for his many contributions.

“We warmly welcome Prof Tan Eng Chye as the next President of NUS. Eng Chye is a deeply respected academic, and a steadfast, open and decisive leader, who has a strong passion for our University. He is a man of great integrity. Eng Chye has a wide following based on the trust he engenders, and his exceptional ability to inspire people to work together. Eng Chye has been absolutely pivotal to NUS’ rapid rise to be among the best universities in the world. He will continue to lead the University with a clear vision and a fierce commitment to excellence.”

He added, “We are delighted that Prof Ho Teck Hua will be Senior Deputy President and Provost at NUS. A world renowned scholar with deep industry ties, Teck Hua is an outstanding leader with bold and creative ideas. He has been remarkably effective in recruiting top talent to NUS, and building several world-class research institutes and programmes over a short period of time.

With these two appointments, NUS will have a truly outstanding leadership team.”

An experienced academic leader, he is widely acknowledged as being instrumental to the transformation of NUS into a world-class university, and the chief architect of the University’s pioneering educational and academic programmes. Prof Tan is also widely credited for nurturing and recruiting many top faculty, and creating the environment for them to excel.

As Deputy President (Academic Affairs) and Provost since March 2007, Prof Tan led the conceptualisation and implementation of groundbreaking initiatives that include the University Town Residential College Programme, Technology-enhanced Education thrust, the Centre for Future-ready Graduates, the School of Continuing and Lifelong Education, the NUS (Suzhou) Research Institute, and the Institute for Application of Learning Science and Educational Technology. As Deputy Chair of the Duke-NUS Medical School, he was instrumental in shaping this unique collaboration and the academic health partnership with the Singapore Health Services (SingHealth).

Prof Tan, a homegrown leader who has been with NUS for 32 years, is a powerful advocate for global education with an Asian perspective. Under his leadership, the proportion of NUS undergraduates who have had overseas educational experiences increased to over 80% in 2016. He has underscored the importance of a broad based education that promotes exploration, curiosity and critical thinking through a comprehensive revamp of the NUS General Education curriculum, and by leading the introduction of the Grade-free Scheme for freshmen. (Please see Annex for full biography.)

Said Prof Tan Eng Chye, President Designate, “I am deeply honoured to be appointed the next President of this exceptional university. Under Chorh Chuan’s leadership, NUS has affirmed its status as a leading global university that strives to contribute to Singapore, and the wider community.

To continue to be among the world’s great universities, we must further accelerate NUS’ transformation by driving innovation across talent development, education that is future-focused, and research that impacts lives and society. I am immensely proud of what NUS has achieved, and inspired by the exciting opportunities ahead. I look forward to working closely with our students, colleagues, and friends to further steepen our trajectory of excellence.”

Prof Ho Teck Hua is a globally prominent behavioural scientist with a PhD in Decision Sciences from the Wharton School of the University of Pennsylvania, and a Bachelor of Engineering with First Class Honours in Electrical Engineering from NUS. A top researcher and educator, he is the first non-US citizen to be Editor-in-Chief of the venerable international flagship journal Management Science. He is also the recipient of multiple teaching awards, including the prestigious Berkeley Distinguished Teaching Award in 2010. Prof Ho returned from the University of California, Berkeley in 2015, after more than two decades overseas, to take on the role of Deputy President (Research & Technology) and Tan Chin Tuan Centennial Professor at NUS.

A pivotal leader, Prof Ho raised the global profile of NUS research during his tenure as research chief. He led the recruitment of top returning Singaporean researchers as well as global research talent, created the country’s first Smart Nation Research Cluster at NUS, and deepened the synergy between industry and research by establishing corporate labs with industry giants. Prof Ho had also initiated the University’s popular Lifelong Learning Initiative for NUS Alumni, the first of its kind in Singapore. (Please refer to the Annex for full biography.)

“NUS has an excellent reputation for educational innovation, and for pushing the frontiers of knowledge. It is also widely recognised by leading research universities and employers around the world for producing graduates with real-world knowledge, cross-cultural effectiveness, and industry-relevant skills. I look forward to working closely with Eng Chye and the NUS community to further shape our distinctive strengths, and grow NUS’ reputation as a top university,” said Prof Ho, who is Senior Deputy President and Provost Designate.

NUS President Professor Tan Chorh Chuan said, “Having worked closely with Prof Tan Eng Chye for more than a decade, I have every confidence that he will be a great, next President of NUS. Eng Chye is a highly motivated and inspiring leader. He has a deep passion for higher education, and is driven by the desire to excel and create distinctive impact, for NUS and the broader community, at the highest international levels. I am also delighted that he will be working closely with Senior Deputy President and Provost Designate Prof Ho Teck Hua, who is another incredibly creative and effective academic leader. I look forward to working with Eng Chye to ensure a smooth leadership transition.”

Please refer to the Annex for the biographies of Professor Tan Eng Chye and Professor Ho Teck Hua.