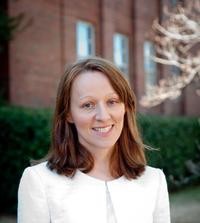 Newswise — As daily news of cyber crimes, such as bullying, sextortion and pornography, and other forms of fraud are reported, deciphering good from bad web sites is key to navigating the Internet in today’s fast paced technological society according to communications professor Dr. Pavica Sheldon, at The University of Alabama in Huntsville (UAHuntsville).

Sheldon is one of a handful of media psychologists in the country researching forms of new media. She specifically studies mixed messages associated with social networking sites. “In our field, we focus on the subjective. ... How different people use the same media messages for different purposes. For example, there are certain traits that make us more attracted to some television programs, or to Facebook. I think that the role of the media psychologist is extremely important in the society today, because our children’s lives are immersed in technology.”

She refers to the generation born between 1980 and 1994 as “digital natives” or the “Net generation.”

A recent CNN Opinion article offers solid proof there is a need for trained media psychologists. According to the report, the effect that social media, smartphones and other digital devices have on children and teens is immeasurable.

The article gives research data and staggering statistics regarding online usage among young children and teens. The article cited a Consumer Reports story from last year, stating that more than 7.5 million American children under the age of 13 joined Facebook (you have to be 13 to officially open an account).

The CNN article continued by saying that by the time American children are 2 years old, 90 percent have an online history; at the age of five more than 50 percent regularly interact with a computer or tablet device; and between ages seven and eight youngsters regularly play video games. The article, said too, that teens text nearly 3,500 times a month, and by middle school kids are spending more time with media than parents or teachers.

Because television and other popular forms of social media shape our perception of reality, Sheldon said it is the responsibility of media psychologists to identify potential benefits and problems and promote the development of positive media. She wrote one of the first published papers investigating the phenomenon of social network sites, while a graduate student at Louisiana State University. “At a time when Facebook had only 30 million users, I developed a scale to measure the motives for Facebook usage, and later validated it using confirmatory factor analysis.” Additionally, Sheldon published three more papers on the usage of Facebook. Last year, she studied how shyness, social loneliness and extraversion (people full of life, energy and positivity) are related to self-disclosure to a Facebook friend. “I collected data for two studies. The goal of the first study was to explore the motivations for playing Facebook games and personality traits associated with it,” Sheldon said.

“The second study tests differences between users and non-users of social network sites in terms of their sensation seeking, life-position indicators, shyness, and loneliness. The results revealed that compared to an average Facebook user, a non-user is significantly older and scores higher on shyness and loneliness, is less socially active, and less prone to sensation seeking activities.” Interestingly, Sheldon said all her studies seem to show that what happens face-to-face actually happens on Facebook. “For example, shy and lonely individuals do not use Facebook to compensate for the lack of face-to-face interactions, nor the lack of Facebook friends,” she said. “Shy individuals disclose more to their face-to-face friends than to their Facebook friends. When compared to individuals who are less shy, they disclose less of themselves to both their face-to-face and Facebook friends. “Unlike most of the previous research, which found that shy people feel more secure in online interactions, the current studies find no evidence that this is the case,” she said. “Sheldon said one of the possible reasons might be less opportunity to remain anonymous in a social network environment. While Facebook allows creation of fake profiles, communicating with other friends on Facebook requires that we know a person in real life.”

Sheldon said another social concept of interest is cultivation theory. “It is a social theory which examines the long-term effects of television. The research shows that too much time spent in front of the TV watching violent programs leads to ‘the mean world syndrome.’ ”

Sheldon said while we still do not know much about the users of social media, there are opportunities for the field of media psychology to grow. “The world of social networking sites is changing every day and is going to have more impact on the lives of generations to come. Therefore, it is important to understand what type of individuals use social networks for relationship maintenance and social interaction.”