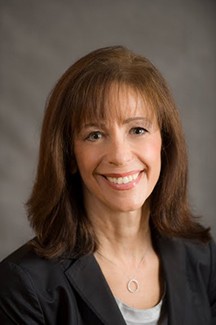 Newswise — AMHERST, Mass. – New research from psychologists at the University of Massachusetts Amherst finds that while a majority of adults cite the ability to compete with friends as their primary reason for playing online casual video games, they report differing perceived benefits from playing the games based upon their age.

In a study published in the December 2013 issue of the Cyberpsychology, Behavior, and Social Networking, UMass Amherst Professor Susan Krauss Whitbourne and undergraduates Stacy Ellenberg and Kyoko Akimoto tracked the responses of adults aged 18 to 80 years of age who were asked about playing the popular free online game Bejeweled Blitz, a colorful three-match game available for free on Facebook that has more than 5 million players. Adult players of the game were recruited through Whitbourne’s blog on the Psychology Today website and through the Facebook page of Bejeweled Blitz’s publisher PopCap Games to participate in an online questionnaire that served as the basis for Whitbourne’s research.

Across all age groups, a plurality of respondents to the questionnaire cited trying to beat their friends and teammates as their main reason for playing, with the competition factor strongest (48 percent) amongst the youngest age set of 18-29-year-olds. There were differences by age in the second-most frequently cited reason, however, as middle-aged adults (age 30-59) cited stress relief and older adults (age 60 and older) reported that they seek the game’s challenges.

In terms of perceived benefits, the youngest set of adults reported that playing the game helped them feel “sharper” and improved their memory, but the percentage of respondents claiming these benefits decrease with each subsequent age group. Instead, with each progressively older age group, the perceived age-sensitive cognitive function benefits of improved visuospatial ability and reaction time became more prominent.

Additionally, in contrast to the image of the “typical” casual video game player as a young adult, this study is the first to show that it is older adults – 68 percent of whom are retired – who were more likely to be report the heaviest game play patterns.

Marketed primarily as a social networking game that promotes competition, advancement and fun, Bejeweled Blitz allows players to compete with their Facebook friends to achieve a higher ranking on weekly leaderboards.