21-Feb-2018 8:05 AM EST, by University of Arkansas, Fayetteville
favorite_border 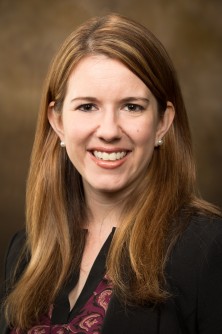 But do these “bad” employees perform poorly, and does employing them only lead to problems for companies?

Not always, according to a new study by a University of Arkansas researcher. Lauren Simon, assistant professor of management, and her co-authors — Charlice Hurst at the University of Notre Dame, Yongsuhk Jung at Korea Air Force Academy and Dante Pirouz at Western University in Canada — found that when working for an abusive supervisor, individuals who possess high primary psychopathic characteristics appear to have distinct advantages over those who don’t.

Psychopathy is a personality trait associated with anti-social behavior, lack of empathy and remorse, narcissism, impulsivity and other egotistical characteristics. But, rather than one profile, it exists on a continuum, and includes primary and secondary dimensions. Both dimensions are linked to antisocial behavior, but those who score high on primary psychopathy often don’t react to things that cause others to feel stressed, angry or fearful. Secondary psychopaths tend to be more impulsive and reactive.

Simon and her colleagues found that in some of the worst workplace situations – ‘worst’ here defined by quality of leadership – primary psychopaths, compared to people who do not possess psychopathic characteristics, appeared to have access to greater psychological resources when dealing with abuse.

The second study asked participants to rate their supervisors’ abuse using a variety of items such as how often the supervisor ridicules or is rude to the employee, gives improper credit for work, or puts the employee down in front of others. Results showed that high primary pscychopathy individuals, compared to those who did not have psychopathic traits, felt more positive and more engaged in their work, as well as less angry, under abusive supervisors.

Simon cautioned, however, that companies should be wary of employees who exhibit these extreme characteristics.

“Many people leave their jobs when they work for an abusive supervisor,” Simon said. “If abusive leadership does not bother—and perhaps even excites—individuals high in primary psychopathy, then these individuals may be more likely to remain with the organization.”

This situation, Simon said, could create a dynamic in which organizations that are tolerant of abuse end up retaining and empowering individuals who possess higher levels of psychopathic characteristics, which are themselves associated with abusive behavior toward others. This, in turn, could damage the organization and its stakeholders through the creation of an abusive and chaotic organizational culture in which unethical behavior is more likely to occur.

The study, “Are ‘Bad’ Employees Happier Under Bad Bosses? Differing Effects of Abusive Supervision on Low and High Primary Psychopathy Employees,” has been published online and is forthcoming in the Journal of Business Ethics.

Simon is an assistant professor in the Department of Management in the Sam M. Walton College of Business.