MRI-scans reveal abnormalities in many areas of the brain 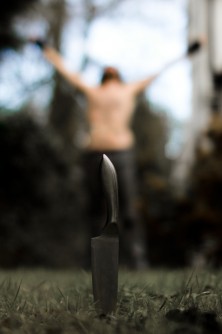 Psychopathic violent offenders’ brains can’t understand punishment as they have abnormalities in the parts of the brain related to learning from it, according to an MRI study led by Sheilagh Hodgins (University of Montreal, Institut universitaire en santé mentale de Montréal) and Nigel Blackwood (King’s College London)

Newswise — Psychopathic violent offenders have abnormalities in the parts of the brain related to learning from punishment, according to an MRI study led by Sheilagh Hodgins and Nigel Blackwood. “One in five violent offenders is a psychopath. They have higher rates of recidivism and don’t benefit from rehabilitation programmes. Our research reveals why this is and can hopefully improve childhood interventions to prevent violence and behavioural therapies to reduce recidivism,” explained Professor Hodgins of the University of Montreal and Institut universitaire en santé mentale de Montréal. “Psychopathic offenders are different from regular criminals in many ways. Regular criminals are hyper-responsive to threat, quick-tempered and aggressive, while psychopaths have a very low response to threats, are cold, and their aggressively is premeditated,” added Dr. Nigel Blackwood, who is affiliated with King’s College London. “Evidence is now accumulating to show that both types of offenders present abnormal, but distinctive, brain development from a young age.”

In order to develop programs that prevent offending and rehabilitation programs that reduce re-offending, it is essential to identify the neural mechanisms underlying psychopath’s persistent violent behaviour. “We have been using Magnetic Resonance Imaging to study brain structure and function in a sample of violent offenders in England, one group with psychopathy and one without, and a sample of healthy non-offenders. We have found structural abnormalities in both gray matter and specific white matter fiber tracts among the violent offenders with psychopathy,” Hodgins explained. Grey matter is mostly involved with processing information and cognition, while white matter coordinates the flow of information between different parts of the brain.

12 violent offenders with antisocial personality disorder and psychopathy, 20 violent offenders with antisocial personality disorder but not psychopathy, and 18 healthy non-offenders participated in the study. The offenders had been convicted of murder, rape, attempted murder and grevious bodily harm, and were recruited from Britain’s probation service. “We observed reductions in gray matter volumes bilaterally in the anterior rostral prefrontal cortex and temporal poles relative to the other offenders and to the non-offenders,” Hodgins said. These brain regions are involved in empathy, the processing of pro-social emotions such as guilt and embarrassment, and moral reasoning. “Abnormalities were also found in white matter fiber tracts in the dorsal cingulum, linking the posterior cingulate cortex to the medial prefrontal cortex that were specifically associated with the lack of empathy that is typical of psychopathy,” Blackwood added. These same regions are involved in learning from rewards and punishment.

In order to engage in appropriate behaviour, it is essential to learn from punishment, both real and imagined. “Most individuals do not walk in front of buses as they can imagine the horrible consequences if the bus hits them. Offenders do not walk in front of buses either, suggesting that they also learn from punishment, nor do they show less sensitivity to punishment than others,” Hodgins said. “In childhood, both psychopathic and non-psychopathic offenders alike are repeatedly punished by parents and teachers for breaking rules and for assaulting others, and from adolescence onwards, they are frequently incarcerated. Yet they persist in engaging in violent behaviour towards others. Thus, punishment does not appear to modify their behaviour.”

While inside the brain scanner, the violent offenders and non-offenders completed a task that assessed their ability to adjust their behaviour when the consequences of their responses changed from positive to negative. The task was an image matching game –sometimes points were awarded for correctly pairing images, sometimes they weren’t. “When these violent offenders completed neuropsychological tasks, they failed to learn from punishment cues, to change their behaviour in the face of changing contingencies, and made poorer quality decisions despite longer periods of deliberation,” Blackwood explained.

Deciding on what to do involves generating a list of possible actions, weighing the negative and positive consequences of each, and hopefully choosing the behaviour most likely to lead to a positive outcome. “Offenders with psychopathy may only consider the possible positive consequences and fail to take account of the likely negative consequences. Consequently, their behavior often leads to punishment rather than reward as they had expected,” Hodgins said. “Punishment signals the necessity to change behaviour. Clearly, in certain situations, offenders have difficulty learning from punishment to change their behaviour.”

Conduct problems and the antecedents of psychopathy emerge early in life when learning-based interventions have the potential to alter brain structure and functioning. “Programs that teach parents optimal parenting skills lead to significant reductions in conduct problems among their children, except among those who are callous and insensitive to others. As our studies and those of others show, the abnormalities of brain structure and function associated with persistent violent behavior are subtle and complex,” Blackwood explained. “The results of our studies are providing insights into the neural mechanisms characterizing adult violent offenders that may be used, along with other findings, in designing programs to reduce recidivism. Our results also provide hypotheses about the abnormal development of violent offenders to be tested in studies of children.”

This information is critical to the development of programs to prevent violent criminality. “Since most violent crimes are committed by men who display conduct problems from a young age, learning-based interventions that target the specific brain mechanisms underlying this behaviour pattern and thereby change the behaviour would significantly reduce violent crime,” Hodgins said.

Sheilagh Hodgins, Ph.D., F.R.S.C., is a professor at the University of Montreal’s Department of Psychiatry, and a researcher at the Institut universitaire en santé mentale de Montréal Research Centre at Institut Philippe-Pinel. Nigel Blackwood, M.D., is a Clinical Senior Lecturer at the Forensic and Neurodevelopmental Sciences Department of King’s College London’s Institute of Psychiatry.

The University of Montreal is officially known as Université de Montréal.