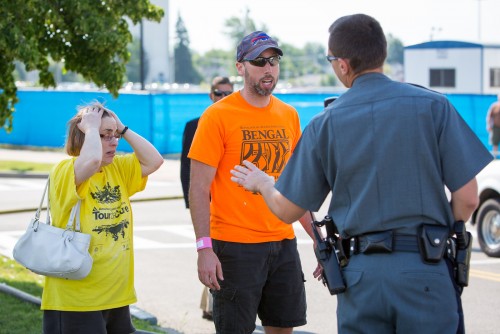 This was a drill at the University at Buffalo, but police officers are often called to situations that require them to make critical decisions in the blink of an eye. A new UB study will examine how PTSD affects rapid decision-making in officers. 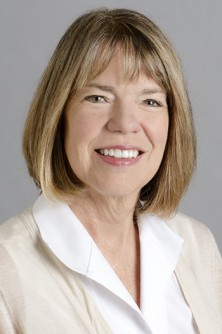 Janet Shucard, PhD, associate professor of neurology and associate director of the department’s Division of Cognitive and Behavioral Neurosciences in the Jacobs School of Medicine and Biomedical Sciences at UB.

Newswise — BUFFALO, N.Y. — Police officers are often called to situations that require a quick decision: fire a shot and risk harming, or killing, innocent bystanders; don’t fire and there’s the potential for being killed in the line of duty.

These decisions often are made in the blink of an eye, making it difficult for any officer to accurately process all of the information. But how are the decisions of police with even minor symptoms of post-traumatic stress disorder (PTSD) affected? A new study at the University at Buffalo aims to find out.

Researchers are working with a sample of members of the Buffalo Police Department on a three-year $814,000 study being funded by the U.S. Department of Justice’s National Institute of Justice.

The project is being led by Janet Shucard, PhD, associate professor of neurology and associate director of the department’s Division of Cognitive and Behavioral Neurosciences in the Jacobs School of Medicine and Biomedical Sciences at UB.

Their study will examine the effects of PTSD symptoms, ranging from mild to severe, on attention and cognitive control in police. Even mild symptoms of PTSD can affect officers’ mental health, as well as their safety and that of the public, Janet Shucard explains.

“Very few studies have examined brain structure and function in police officers. Our study is the only one, to our knowledge, that will examine the neurobiology of rapid decision-making in police officers,” she said.

Researchers hope the study findings lead to new training and treatment approaches, as well as early detection of the effects of trauma on police and other groups that are frequently exposed to trauma.

“If proper steps are taken by the police organization to help officers with high PTSD symptoms to get help, the number of problematic decisions on the street will be substantially reduced,” Violanti said.

Because of the nature of their work and the trauma they are often exposed to — from seeing children harmed or killed, to witnessing a fellow officer injured or killed in the line of duty — police officers have a much higher risk of developing PTSD than civilians not exposed to traumatic events. Those symptoms can cloud their ability to make the right decision, quickly.

“PTSD is known to affect brain circuits associated with attention, decision-making and inhibitory control,” Shucard explains, adding that officers who have more severe PTSD symptoms likely will have greater dysregulation of the brain systems that control attention and responsivity.

A go/no-go task is just what it sounds like: participants will be given a task that will require them to either respond quickly and accurately or refrain from responding depending on specific visual stimuli.

Electrophysiological measures of brain activity will be obtained using a 256-channel dense-electrode array data acquisition and analysis system while participants perform the task. Simply put, this system will allow researchers to measure the brain’s response to the cognitive processes involved in decision making associated with the go/no-go task.

“Event-related brain potentials, or ERPs, derived from the scalp-recorded electrophysiology provide a measure of the precise timing of neural activity associated with the decision-making processes required to respond or inhibit responding to specific stimuli,” Shucard says. “ERPs, coupled with the dense electrical recording methodology, allow us to map brain electrical activity from scalp recordings.”

Researchers also will conduct psychological interviews with study participants to measure the presence and severity of PTSD symptoms, as well as depression and anxiety.

Police officers are often called to situations where they have to make a quick decision, one that may be a matter of life or death. Nowhere is this more critical than when officers are faced with the use of firearms, Violanti says.

For example, an officer might arrive at the scene of a crime and find two or three people there. Which one is the perpetrator and which one the victim? Does either have a weapon?

“An officer experiencing high levels of PTSD symptoms will have more difficulty in selectively attending to the situation and in making the right decision,” Violanti said.

The fact that the officer has to make this decision quickly only adds to the problem. That’s because decisions that involve conflict or uncertainty require more complex brain processes than simple decisions to come to a conclusion and, therefore, more time to make the decision.

“When split second decisions are necessary, the officer with PTSD is at a distinct disadvantage,” Violanti says. 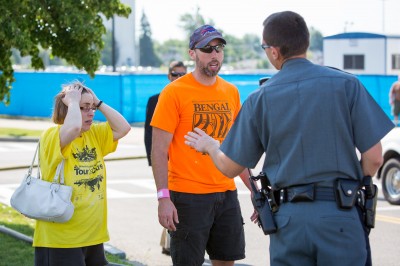 Caption: This was a drill at the University at Buffalo, but police officers are often called to situations that require them to make critical decisions in the blink of an eye. A new UB study will examine how PTSD affects rapid decision-making in officers. 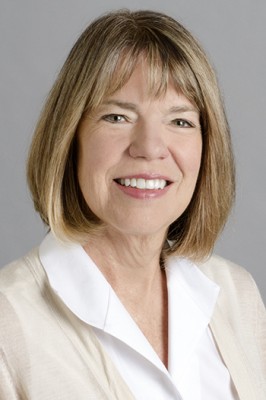 Caption: Janet Shucard, PhD, associate professor of neurology and associate director of the department’s Division of Cognitive and Behavioral Neurosciences in the Jacobs School of Medicine and Biomedical Sciences at UB.