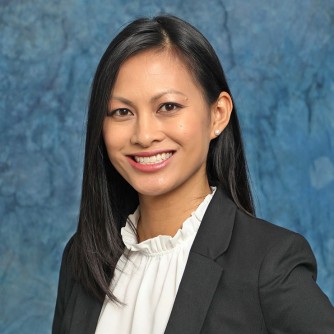 Newswise — According to recent studies, during the pandemic, 4 in 10 people reported having anxiety or depression – up from 1 in 10 the previous year. A large body of research shows that strong social support networks can improve an individual’s overall health and well-being. However, most of the studies have been concentrated in White and Caucasian communities, and very little research has been done to understand these correlations in Chinese and Korean American communities.

In a study published in the journal Social Science and Medicine, a research team from the University of California, Irvine Program in Public Health and School of Medicine were able to show that in Chinese and Korean American populations, having a strong social support network significantly increases an individuals’ self-reported health and well-being.

“We found several factors contributed to our participants’ self-reported health,” said corresponding author Brittany Morey, PhD, MPH, assistant professor of health, society and behavior at the UCI Program in Public Health. “Men reported better health than women, and higher income was related to better self-reported health. However, social support stood out as one of the most prominent factors leading to our participants’ optimal perceived health.”

In a sample of 400 Chinese and Korean American immigrants, the researchers determined that bolstering social support among Chinese and Korean American immigrant populations could have a positive effect on health by optimizing stress buffers. Their findings set the groundwork for future health interventions, particularly among underserved immigrant groups, which could decrease mental stress related to poor health outcomes.

The researchers started out by testing the common observation that if an individual has a stronger social network, an important social determinant of health, they had higher levels of self-reported health. They chose to focus on Chinese and Korean American communities in the Baltimore-Washington DC metropolitan area, because of its high geographic concentration of this Asian group and the lack of research done in this particular ethnic population.

In addition to social support and its correlation to positive levels of self-reported health, they set out to understand a long-held theory: Does social support lead to improved health because of its effect in lowering stress? If so, what can be done to increase social support among immigrant Asian American groups?

This research was part of a larger study to increase colorectal cancer screening among Chinese and Korean Americans ages 50 to 75 years-old, led by collaborator and co-author Sunmin Lee, ScD, MPH, with the UCI School of Medicine. Surveys were conducted in the preferred language of the participant. Participants rated their health on a simple 5-scale system and were also asked to define their social support based on eight items describing what other people could do to be supportive or helpful. They were also asked about their levels of stress and distress.

The researchers came away with several key findings. One, social support positively affects overall well-being by lowering stress and distress in Chinese and Korean American communities. Two, social support was highest among Chinese and Korean Americans who identified as more westernized and those who had lower levels of immigration-related stress.

The researchers recommend for future studies to examine whether similar findings are true of other Asian ethnic subpopulations in other geographic locations outside the Baltimore-Washington DC Metropolitan Area. It may also be worthwhile to examine how increasing social support among Asian Americans might improve health in the long-term, for immigrants as well as U.S.-born Asian American groups in the second and subsequent generations.

Additional authors on the study include Hye Won Park with the UCI School of Medicine and Connie Valencia, MPH, a PhD student with the UCI Program in Public Health.

This research was supported by the National Institute on Minority Health and Health Disparities.