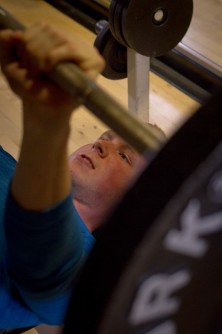 Kevin Murphy, a Kinesiology student and participant in the study, lifts weights during a workout 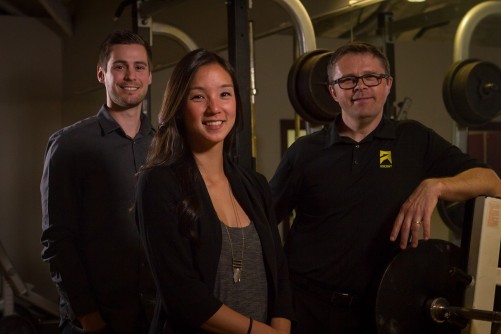 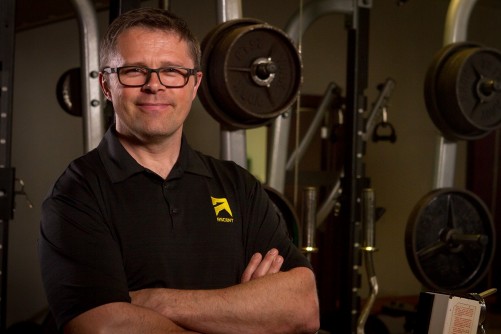 It is the latest in a series of studies that started in 2010, contradicting the decades-old message that the best way to build muscle is to lift heavy weights.

“Fatigue is the great equalizer here,” says Stuart Phillips, senior author on the study and professor in the Department of Kinesiology. “Lift to the point of exhaustion and it doesn’t matter whether the weights are heavy or light.”

“At the point of fatigue, both groups would have been trying to maximally activate their muscle fibres to generate force,” says Phillips, who conducted the work with graduate students and co-authors Rob Morton and Sara Oikawa.

While researchers stress that elite athletes are unlikely to adopt this training regime, it is an effective way to get stronger, put on muscle and generally improve health.

“For the ‘mere mortal’ who wants to get stronger, we’ve shown that you can take a break from lifting heavy weights and not compromise any gains,” says Phillips. “It’s also a new choice which could appeal to the masses and get people to take up something they should be doing for their health.”

Another key finding was that none of the strength or muscle growth were related to testosterone or growth hormone, which many believe are responsible for such gains.

“It’s a complete falsehood that the short-lived rise in testosterone or growth hormone is a driver of muscle growth,” says Morton. “It’s just time to end that kind of thinking.”

Researchers suggest, however, that more work remains to be done in this area, including what underlying mechanisms are at work and in what populations does this sort of program work.

The findings are published online in the Journal of Applied Physiology.

A full copy of the study can be found at http://jap.physiology.org/content/jap/121/1/129.full.pdf 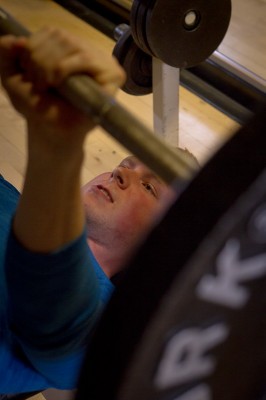 Caption: Kevin Murphy, a Kinesiology student and participant in the study, lifts weights during a workout 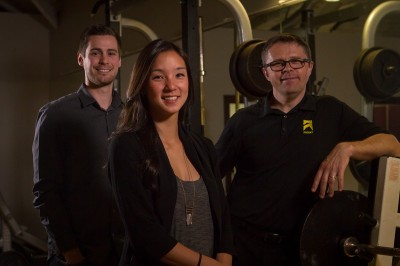 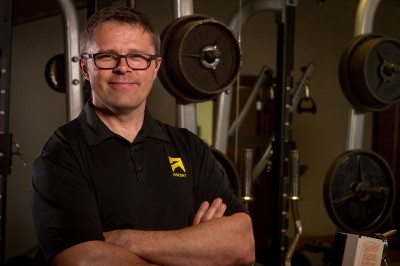