Put a Ring On It: How Gravity Gives Astronomers a Powerful Lens On the Universe 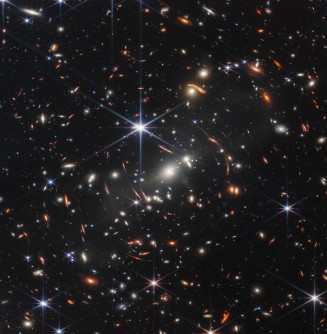 The first deep field image from the James Webb Space Telescope. Notice the arcs of light caused by gravitational lensing. 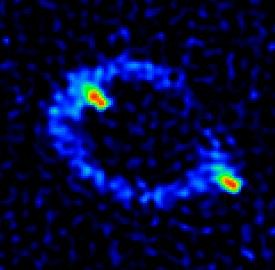 The first image of an Einstein Ring. It was captured by the VLA in 1987. 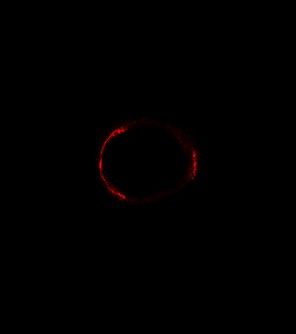 Newswise — In 1919 astronomers Arthur Eddington and Andrew Crommelin captured photographic images of a total solar eclipse. The Sun was in the constellation Taurus at the time, and a handful of its stars could be seen in the photographs. But the stars weren’t quite in their expected place. The tremendous gravity of the Sun had deflected the light of these stars, making them appear slightly out of place. It was the first demonstration that gravity could change the path of light, just as predicted by Albert Einstein in 1915.

The bending of light by the mass of a star or galaxy is one of the central predictions of general relativity. Although Einstein first predicted the deflection of light from a single star, others such as Oliver Lodge argued that a large mass could act as a gravitational lens, warping the path of light similar to the way a glass lens focuses light. By 1935, Einstein demonstrated how light from a distant galaxy could be warped by a galaxy in front of it to create a ring of light. Such an Einstein Ring, as it came to be known, would make the distant galaxy appear as a ring or arc of light around the closer galaxy. But Einstein thought this effect would never be observed. These arcs of light would be too faint for optical telescopes to capture. Einstein was right until 1998 when the Hubble Space Telescope captured a ring around the galaxy B1938+666. This was the first optical ring to be observed, but it wasn’t the first Einstein Ring. The first ring was seen in radio light, and it was captured by the Very Large Array (VLA).

In 1987, a team of students at the MIT Research Lab in Electronics under Prof. Bernard Burke, and led by PhD student Jackie Hewitt, used the VLA to make detailed images of known radio-emitting objects. One of them, known as MG1131+0456, showed a distinct oval shape with two bright lobes. Hewitt and her team considered several models to explain the unusual shape, but only an Einstein Ring matched the data. Einstein’s galactic prediction was finally observed.

Radio astronomy is particularly good at capturing lensed galaxies. They have become a powerful tool for radio astronomers. Just as a glass lens focuses light to make an object appear brighter and larger, so does a gravitational lens. By observing lensed galaxies radio astronomers can study galaxies that would be too distant and faint to see on their own. Einstein rings can be used to measure the mass of the closer galaxy or galactic cluster since the amount of gravitational lensing depends on the mass of the foreground galaxy.

One of the more interesting aspects of gravitational lensing is that it can be used to measure the rate at which the universe expands. Light from a distant galaxy can take many different paths as it passes the foreground galaxy. Each of these paths can have different distances, which means the light can reach us at different times. We might see a burst of light from the galaxy multiple times, each from a different path. Astronomers can use this to calculate galactic distance, and thus the scale of the cosmos.

Since the first detection of an Einstein ring by the VLA, radio astronomers have found more of them, and have captured them in more detail. In 2015, for example, the Atacama Large Millimeter/submillimeter Array (ALMA) made a detailed image of the lensed arcs from a distant galaxy named SDP.81. The image was sharp enough that astronomers could trace the arcs back to their source to study how stars formed within the galaxy.

Einstein rings are now commonly seen in astronomical images, particularly in deep field images, such as those of the James Webb Space Telescope and others. As radio astronomy has shown, they are more than just beautiful. They give us a new lens on the cosmos.

Brian Koberlein is a science writer for NRAO. He has a Ph.D. in Physics from the University of Connecticut, and has published research in physics and astrophysics. Together with David Meisel, he is the author of Astrophysics Through Computation, published by Cambridge University Press.