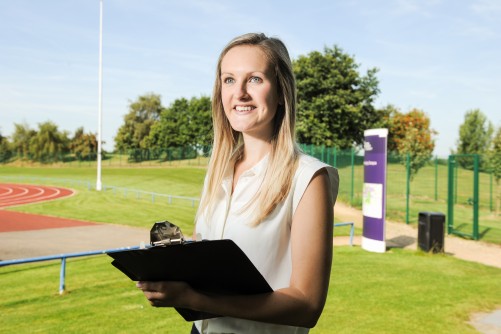 Newswise — Even after the success of our diverse Team GB at the Olympics in Rio, sport organisations in the UK are ignoring issues of racial inequality in sport coaching. By denying that racism exists in their organisations they are less likely to recognise or challenge it, a new study by Leeds Beckett University has found.

The study highlights a culture of belief that there is a level playing field for anyone wanting to pursue a career in coaching, which is not backed up by the reported figures - 99% of qualified head coaches and assistant coaches are White, and only 1% report as Black and minoritised ethnic (BME) in comparison to the UK’s adult population (92% White and 8% BME) (North, 2009; sport coach UK, 2011).

The study, Off-colour Landscape: Framing Race Equality in Sport Coaching, led by Dr AJ Rankin-Wright at Leeds Beckett, with colleagues Professor Kevin Hylton and Dr Leanne Norman, has been published in the latest edition of Sociology of Sport Journal. It examines how sport organisations frame ‘race’ and race equality through one-to-one interviews with 15 professionals leading on equality or coaching from three key UK national sport organisations (NSOs) and six national governing bodies (NGBs). These NSO and NGB professionals were key in how each organisation managed race equality and diversity in sports coaching.

By exploring the views of the professionals, Dr Rankin-Wright and colleagues discovered that organisations are falling victim to ‘colour-blind practices’ that reinforce a denial that race is a core factor underpinning inequalities in coaching.

Dr Rankin-Wright explained: “Most of the equality and coaching leads that I interviewed did three things: they used the participation of a small number of Black and minoritised ethnic athletes or coaches as evidence of inclusion, without representing a genuine and meaningful culture respecting and promoting equality and diversity values; they prioritised ‘meritocracy’ – the idea that the person with the best results and experience is most suitable for the job, even though a person might have been denied culminating that experience as a result of inequality; and they unconsciously framed ‘whiteness’ as the norm within their organisation.

“Our study argues that these three practices sustain racialised processes that serve to normalise and privilege whiteness. The concern is that the reluctance to acknowledge racial inequalities and the denial, or rationalisation, of its existence through the maintenance of colour-blind practices, means that organisations and NGBs are less likely to recognise or challenge racism and racial disparities. Similarly, popular beliefs that racism is a thing of the past actually reinforce this status quo.

“The organisations interviewed believed that sport and coaching qualifications are open to all: a ‘level playing field’. They stressed that progression within coaching is achieved on the basis of talent and is dependent on an individual’s ability, commitment and motivation. This represents an organisational disengagement from the reality of the racialised and gendered barriers that face aspiring and active coaches from under-represented groups. This also justifies the exclusion of certain groups whilst defending and reinforcing privileges that advantage those coaches in dominant groups.

“For BME coaches to become key actors in sport coaching in the UK, race and racial equality need to be centred in research, policy and practice. By explicitly recognising the social and structural processes highlighted in this research, and by raising awareness of White privilege in sport, we want to encourage sporting institutions to better recognise racial inequalities, and ‘blind spots’ to race and gender, in order to disrupt and challenge them.”

The research paper forms part of Dr Rankin-Wright’s PhD thesis; the whole of which has been used to create Sports Coach UK’s Privilege and Unconscious Bias in Sports Coaching fact sheet, available at http://bit.ly/SportsCoachUK.