Racial and Ethnic Stereotypes May Contribute to Obesity Among Minorities 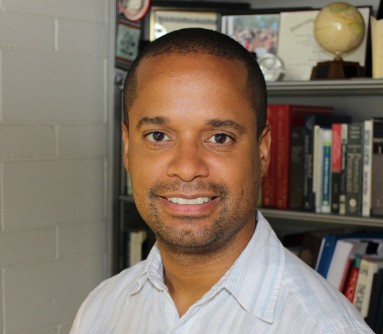 Newswise — Many Americans need extraordinary willpower to avoid becoming obese – or to slim down if they already weigh too much. For members of minority groups, maintaining a healthy weight can be that much harder according to new research led by Luis Rivera, an experimental social psychologist at Rutgers University-Newark.

Rivera says it is common for minorities in the United States to endure negative stereotypes, pervasive messages that suggest those groups are inferior, and that these attitudes can prevent people from doing what is needed to care for their health.

“When you are exposed to negative stereotypes, you may gravitate more toward unhealthy foods as opposed to healthy foods,” explains Rivera, whose study appears in this summer’s edition of the Journal of Social Issues, of which he also was a co-editor. “You may have a less positive attitude toward watching your carbs or cutting back on fast food, and toward working out and exercising.”

Rivera says the resulting difference in motivation may help explain – at least in part – higher rates of obesity in the United States among members of minority groups than among whites.

Rivera found that Latinos he studied were significantly more likely than whites to agree that negative stereotypes commonly used to describe Hispanics applied to them. The result suggested to Rivera that “somewhere in their heads they are making the connection that the stereotype is Latino, I am Latino, and therefore I am the stereotype.”

Hispanics in the study who strongly self-stereotyped were more than three times as likely to be overweight or obese as those who did not. The data suggest that self-stereotypes diminish self-esteem – and therefore the motivation that might have helped them follow a healthier lifestyle.

Rivera says demeaning stereotypes come from many sources. For instance, he says, television and other mass media frequently carry harmful messages, such as Latinos are lazy or Latinos are unintelligent. “And then,” he adds, “there are more subtle ways in conversations and interactions with others. Although people don’t say explicitly ‘you are A, you are B,’ there are ways in which those messages are communicated. It could be teachers. It could be your parents. It could be your friends.”

Rivera says there even is evidence that Latinos born in this country tend to have a poorer self-image than many recent Hispanic immigrants – suggesting that stereotypes ingrained in U.S. culture are especially potent – and that the design of his research reinforces that view.

Aside from ethnicity, the people Rivera studied were nearly identical. They lived in the same neighborhood, had comparable incomes and had similar access to healthy foods, and he asked them the same questions – additional evidence that if the whites and the Latinos saw themselves differently, society’s prejudice against Latinos was the underlying reason.

So how does a person discouraged by stereotypes overcome them? According to Rivera, research suggests that exposure to positive racial and ethnic role models might help. Something else worth trying, he says, could be designing approaches to weight loss that emphasize the person’s positive qualities – as a way to counteract the corrosive effects of prejudice.

“It has been shown that when you remind people what they’re good at, it works to immunize them from the effect of stereotypes,” Rivera says. “It releases their anxieties and allows them to focus on the task before them and perform to their ability.”