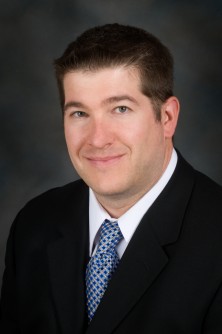 Newswise — SAN DIEGO, September 24, 2017 – A new study involving patients with stage IV cancer finds that treatment with radiation therapy and immunotherapy can halt the growth of tumors by stimulating the body’s immune system to attack the cancer. In the phase II trial, patients with end-stage cancer that had spread to the lungs or liver demonstrated a favorable response to the combined treatment. Between 30 and 60 percent of the patients, depending on the treatment arm, found that their cancer stopped spreading. Findings will be presented today at the 59th Annual Meeting of the American Society for Radiation Oncology (ASTRO).

“This combination of immunotherapy and radiation therapy was safe and well-tolerated by patients with late-stage cancers. We were surprised that a large percentage of patients achieved stable disease several months after treatment—meaning that while their tumors didn’t shrink, they did stop growing,” said James Welsh, MD, lead author of the study and an associate professor of radiation oncology at The University of Texas MD Anderson Cancer Center in Houston.

“It appears that the radiation helped turn the tumor into a vaccine to stimulate an immune response. This heightened immune response was able to keep the tumors stable. Longer follow-up is needed to determine if this benefit of stable disease will endure over time.”

One hundred patients were enrolled in a phase II trial examining a combination of high-dose radiation therapy plus immunotherapy for patients with various types of stage IV cancers. Eligible patients included those with metastatic disease that was resistant to standard therapies, with one or more lesions in the liver or lung that was/were amenable to stereotactic radiation and one or more additional metastases not touching the lung or liver lesion. The majority of patients (55%) had adenocarcinomas, while 13 percent had squamous cell carcinomas and the remaining 32 percent had various other histologies.

All patients received four cycles of ipilimumab (3 mg/kg every three weeks) and stereotactic body radiation therapy (SBRT) to the site(s) of metastasis in either the liver or the lungs. Radiation therapy was given either concurrently with or sequentially to immunotherapy. Concurrent radiation began on day two of the first immunotherapy cycle, to a total dose of 50 Gray (Gy) delivered in four fractions. Sequential radiation was given one week after the second immunotherapy cycle to a total radiation dose of 50 Gy delivered in four fractions, or 60 Gy in 10 fractions for larger lung or liver metastases—typically, those larger than four centimeters. Patients were enrolled in a nonrandomized fashion into one of the five treatment cohorts: concurrent lung, sequential 50-Gy lung, concurrent liver, sequential 50-Gy liver, and sequential 60-Gy liver or lung. There were 20 patients in each treatment arm.

“A small percentage of patients experienced a potential abscopal effect, where tumors that were not irradiated became smaller after we treated different sites with radiation,” explained Dr. Welsh. “For example, one patient with anaplastic thyroid cancer—one of the deadliest types of cancer—experienced a reduction in the primary tumor after we irradiated a lung metastasis. This patient had controlled disease for more than 13 months.”

Lesions from non-small cell lung cancer (NSCLC) were most responsive to the combined treatment; two thirds of these patients had a favorable response (partial response or stable disease) following SBRT plus immunotherapy. Response to treatment was scored using immune-related criteria (irRC). Partial response represented a 50 percent or greater decrease in tumor size. Progressive disease represented a 25 percent increase in tumor size. Stable disease responses included those that did not fall into complete, partial or progressive response categories.

“We found that the addition of SBRT for patients who are on immunotherapy to be safe and well-tolerated, meaning that radiation oncologists can feel confident continuing immunotherapy for most patients when adding SBRT to lung or liver metastases. In fact, there may be additional benefit from combining the therapies in terms of improved disease control. Follow-up research in larger clinical trials is needed to determine which types of tumors and patients will respond best to this immunotherapy-radiation approach,” said Dr. Welsh.

The abstract, “Phase II 5-arm trial of ipilimumab plus lung or liver stereotactic radiation for patients with advanced malignancies,” will be presented in detail during a news briefing and the clinical trials session at ASTRO’s 59th Annual Meeting in San Diego (full details below). To schedule an interview with Dr. Welsh and/or outside experts in immunotherapy and lung cancer, contact ASTRO’s media relations team on-site at the San Diego Convention Center September 24 through 27, by phone at 703-286-1600 or by email at [email protected].