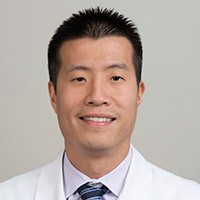 KEY FINDINGS
A new study by UCLA scientists has found that the breakthrough immunotherapy drug pembrolizumab can be more effective in improving survival in people with non-small cell lung cancer (NSCLC) if they have previously received radiation therapy, compared to those without a history of radiation treatment. The findings are important as the strategies of combining radiation therapy with anti-PD-1 antibodies such as pembrolizumb are currently being explored, and have the potential to increase the overall benefit of immunotherapy for people with NSCLC, the most common form of lung cancer.

The research is published online in The Lancet Oncology.

BACKGROUND
Immunotherapy using anti-PD-1 antibodies has revolutionized the treatment of NSCLC and a growing list of other cancers. Pembrolizumab (marketed as Keytruda) is an antibody that targets the protein PD-1, and works by turning off the immune system’s brakes, allowing its T cells to recognize and attack cancer cells. However, less than 20 percent of people with NSCLC respond to these treatments, and new strategies are needed in order to boost the cancer-killing power of anti-PD-1 immunotherapies.

Previous pre-clinical studies have shown that radiation therapy in combination with anti-PD-1 antibodies can synergistically improve the ability of anti-PD-1 antibodies to stimulate the body’s immune response to tumors. Recent research suggests that combining radiation therapy with anti-PD-1 therapies can further enhance the immune system’s ability to detect and fight cancer, but more clinical data is needed, said Dr. Percy Lee, associate professor and vice chair of education in the department of radiation oncology at the David Geffen School of Medicine and a senior author of the study.

Lee and Dr. Narek Shaverdian, a clinician-scientist at the David Geffen School of Medicine and first author of the study, hypothesized that patients with NSCLC who had previously received extracranial radiation therapy (radiation therapy for their lung cancer at sites outside of the brain) would see an increase in anti-tumor activity after receiving pembrolizumab. The UCLA team also sought to determine if previous radiation therapy to the lungs would increase the side effects of pembrolizumab in lung cancer patients receiving this therapy.

METHOD
In the multidisciplinary study, the UCLA researchers performed a secondary analysis of 97 patients with NSCLC who were treated with pembrolizumab as part of a previous phase 1 KEYNOTE-001 clinical trial.  The UCLA team divided the trial participants into subgroups to compare patients who had previously received radiation therapy for the treatment of their NSCLC to those patients who did not receive any prior radiation therapy.

IMPACT
Lung cancer is the leading cause of cancer deaths worldwide, and the American Lung Association estimates more than 158,000 people in the United States will die from the disease this year alone. NSCLC accounts for approximately 85 percent of all lung cancers.

These new findings represent the largest clinical data analysis on the clinical impact of prior radiation therapy on enhancing the activity of anti-PD-1 therapies in people with NSCLC, and support extensive prior pre-clinical studies showing the potential benefit of this treatment strategy for people with NSCLC.  The study can also help to better identify patient populations who may stand to benefit from the combination of radiation therapy and anti-PD-1 therapies, and lead to the development of new and improved treatments for advanced lung cancer and other diseases.

Future UCLA studies will evaluate the effectiveness of the radiation therapy in combination with pembrolizumab and other immunotherapies in both early and late stages of lung cancers as well as potentially for other types of cancers, Lee said.

FUNDING
The research was supported by the National Institutes of Health.