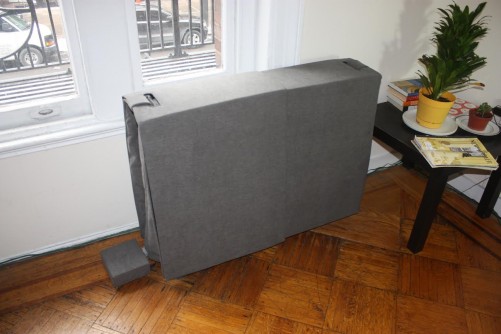 The Cozy, developed by a Columbia Engineering team, boosts the energy efficiency of steam-fed radiator heating systems that waste up to a third of the energy they use due to overheating. 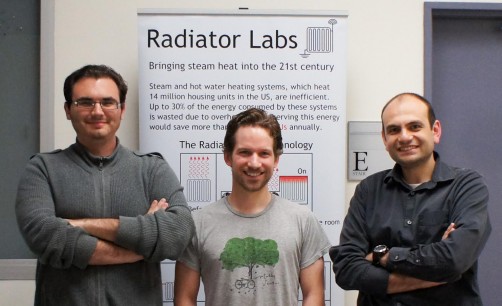 Newswise — New York, NY—April 8, 2014—For more than two years, Marshall Cox PhD’13 and John Kymissis, associate professor of electrical engineering, have been working on their startup Radiator Labs. Their first consumer product—the Cozy—is now in production and set for delivery next fall, just in time for winter’s cold blasts. And also just in time to win Popular Science Magazine's Annual Invention Awards as one of the most exciting innovations the PopSci editors have seen this past year.

"This award is so cool,” says Cox, founder and CEO of Radiator Labs. “It's great to get such broad recognition—and validation—that we're developing a solution people are really excited about."

The Radiator Labs team designed the Cozy to boost the energy efficiency of steam-fed radiator heating systems that waste up to a third of the energy they use due to overheating. “The Cozy,” Cox explains, “is like a NEST thermostat for your radiator. You place it on your radiator and it connects to the Internet through your WiFi connection. With the free app we’re developing, you’ll be able to use your smartphone to program times, set temperatures, and even activate vacation settings from afar. For the first time ever, you’ll be able to control your radiator with a thermostat.”

The Cozy has a thermally insulating decorative cover that comes in a few sizes and fits over a radiator to trap the heat inside. Once it’s plugged in, sensors on the outside of the Cozy constantly measure the temperature in the room. Its integrated fans push the appropriate amount of heat out into the room to comfortably maintain a desired temperature.

The team has beta-tested the Cozy in more than 300 apartments in New York City, including 250 units in NYU and Columbia University dormitories for a whole-building beta test. They’ve been able to develop temperature control algorithms to maximize both the energy efficiency of the unit and user comfort. Users in the dorms can control the temperature set points of their rooms, and are providing feedback on unit function and features. In addition to engineered temperature comfort, by installing Cozys in every unit of a dormitory building, the team has been able to significantly reduce the amount of time the building’s central boiler is on, and the total number of boiler firings.

Steam heat has been popular for more than a century, but can be very uneven. Buildings with steam heat warm up apartments or rooms by boiling water in the basement and producing hot steam. The steam then travels through pipes into all of the radiators in the building. The radiators closest to the boiler are the first to heat up, and the last to turn off. So those apartments get a lot more heat than the ones farthest from the boiler. Uneven heating is exacerbated by apartments having rooms of different sizes, some with leakier windows, etc.

Cox got the idea to start Radiator Labs when he was living in an NYC apartment that had terrible heating. “It was hot and I’d open the window, cold and I’d close it, hot and I’d open it again—this incredible inefficiency was on my mind all the time.”

So he set out to remedy this inefficiency as a PhD candidate working in Kymissis’s Columbia Laboratory for Unconventional Electronics. He, Kymissis, and a second PhD candidate John Sarik, developed patent-pending technology to build the Cozy and start up Radiator Labs. Cozys, he says, can reduce steam overheating by distributing heat more effectively through the building, and save both money and resources. Says Cox, “We estimate that New York City could save almost $2 billion a year by eliminating steam overheating.”

In addition, boilers used for steam-heated buildings are among the largest sources of air pollution. In contrast to air conditioning, where power comes from a distant power plant, fuel used for heating is burned in the building. In New York City alone, more than 1 billion gallons of heating oil are burned each year, and NYC.gov estimates that 1% of all the buildings in the City burning the most polluting fuels produce 86% of all soot pollution. “So by controlling the temperature in your living space and not opening windows,” notes Cox, “you’ll be doing your part in helping address this big environmental problem.”

“It’s great to see this startup really take off,” says Kymissis, Radiator Labs’ co-founder and technical advisor, and who also was Cox’s PhD advisor. “There is a lot of exciting innovation happening at Columbia Engineering and I’m happy to be part of this thriving ecosystem. Fostering entrepreneurship is one of our important missions and this is a wonderful time to be at Columbia.”###