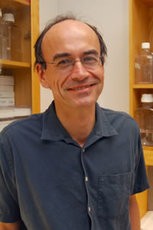 The researchers' study also shows how the mutation affects nerve function and provides an animal model that might allow further study of the debilitating condition.

"It's an attempt to replicate, as best we can, a complicated disease that has as a symptom an inability to use language effectively," said Dr. Thomas Südhof, chairman of neuroscience and senior author of the study, which appears online in Science Express and will be published later in Science.

"Any model we make will only be an approximation of the human condition," he cautioned.

Autism spectrum disorders cover a wide span of conditions and symptoms, from severe mental retardation to mild social impairment. In general, people with autism have problems with social interactions, such as maintaining eye contact or reading body language. They may also exhibit stereotypical behavior, such as being obsessed with lining up objects. In the movie "Rain Man," the title character was unable to form social bonds and became distressed when his normal routine was disrupted, yet he could perform exceptional mental mathematics.

About 1.5 million people in the United States have autism spectrum disorders, with boys affected more often than girls.

Some cases of autism are genetically linked and have been associated with mutations that affect molecules called neuroligins, which link nerve cells together.

In the latest study, the researchers introduced a mutated human form of the neuroligin-3 molecule into mice. They then tested the animals' social interactions by exposing them to an unknown mouse in a cage. The genetically engineered mice spent less time near the strange mouse than their normal littermates and preferred to spend time with inanimate objects.

The engineered mice were significantly better than normal, though, at learning a water maze, in which they had to find and learn the location of an underwater platform. They were also better at relearning a new position of the platform after it was moved.

"When you manipulate a brain, you usually don't improve it," Dr. Südhof said. "The fact that we get an improvement is very good. It shows we're changing something specific; we're affecting how the brain processes information."

Other tests of coordination, anxiety and motor ability showed normal results, indicating that the changes in brain activity were specific, Dr. Südhof said.

The researchers also studied the patterns of electrical activity in the brain. Normally, some nerve cells halt, or inhibit, other nerve cells from firing, while others excite action in their neighbors. An imbalance in the normal pattern is thought to be involved in autism.

Nerve cells from the genetically engineered mice showed a significantly greater inhibitory action than their normal littermates, even though only about 10 percent of the normal amount of neuroligin-3 was present. This finding was a surprise, as other studies have indicated that a loss of inhibitory action might be involved in autism spectrum disorders, the researchers said.

The results indicate that focusing on inhibitory action might be a way to treat autistic behaviors, said Dr. Südhof, director of the Gill Center for Research on Brain Cell Communication and the C. Vincent Prothro Center for Research in Basic Neuroscience. He is a Howard Hughes Medical Institute investigator at UT Southwestern.

The work was supported by the National Institutes of Health, HHMI and Autism Speaks.