Raise a glass to butterflies

A nationwide effort launched at UF will help monarchs via partnerships with craft breweries. 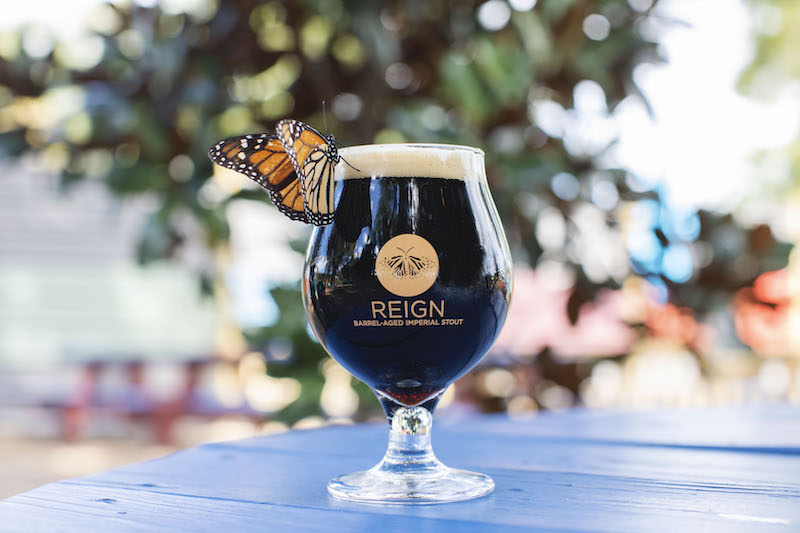 Reign imperial stout at First Magnitude Brewing Company in Gainesville, Florida. The recipe is available for craft brewers who want to join the effort to restore monarch breeding habitat. 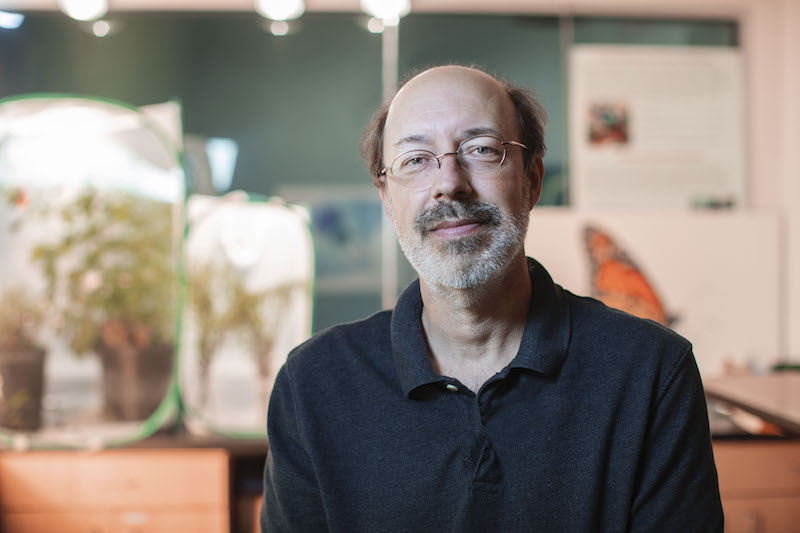 Jaret Daniels in his lab at the Florida Museum of Natural History.

Newswise — To restore disappearing breeding habitat for monarch butterflies, a University of Florida scientist is tapping into a surprising source: craft beer.

Butterfly researcher Jaret Daniels has launched an effort he hopes will span North America, raising money for the iconic but declining species through sales of a new beer, Reign Imperial Stout. In partnership with Gainesville’s First Magnitude Brewing Company, Daniels is recruiting breweries across the continent to make and sell the beer, with a portion of the proceeds devoted to planting milkweed, a key factor in monarchs’ success.

“It may be a pie-in-the-sky idea, but I hope breweries will see the benefit in doing it,” said Daniels, a curator at the Florida Museum of Natural History’s McGuire Center for Lepidoptera and Biodiversity, a global leader in butterfly research.

While it’s the first beer benefitting an environmental cause at a national scale, there’s reason to think it could succeed. In 2020, a brewery in Texas launched the social justice collaboration Black is Beautiful, reaching more than 1,200 breweries in all 50 states and raising $2.2 million. Locally, the Florida Museum and First Magnitude have sold 10 brews supporting butterfly conservation, including one that used yeast carefully swabbed from an actual butterfly in the brewing.

“The traditional way that we've approached conservation is not enough,” Daniels said. “Beer is a great outreach tool. It reaches a different demographic.”

Breweries can sign up to be part of the initiative at https://www.floridamuseum.ufl.edu/monarch-reign-beer/. The beer will be available to customers in September 2022, with the non-profit Xerces Society for Invertebrate Conservation leading the resulting restoration, which Daniels hopes will total a million milkweed plants.

“It's a bit nerve-wracking. We don't know if we're going to be successful. But even if it doesn't raise a lot of money, hopefully the awareness it generates will have meaningful impacts,” he said. “Planting a few native flowering plants in your home landscape can attract a wide range of wildlife, including the monarch. I hope people will see that small, simple changes can make a difference.”

First Magnitude president and co-founder Christine Denny, a two-time UF grad, thinks brewers and their customers will flock to Reign.

“Jaret’s vision and imagination has been really fantastic. He saw how beer and conservation could be paired to bring butterflies to a new audience,” she said. “There’s nothing like Reign. I have a feeling a lot of breweries will jump on board.”

Caption: Reign imperial stout at First Magnitude Brewing Company in Gainesville, Florida. The recipe is available for craft brewers who want to join the effort to restore monarch breeding habitat.

Caption: Jaret Daniels in his lab at the Florida Museum of Natural History.