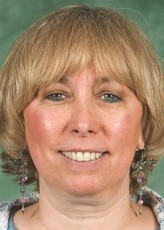 Mary Muscari, associate professor in the Decker School of Nursing at Binghamton University, is an expert in child health, mental health, and forensics.

"Kids are not just small adults," Associate Professor Mary Muscari said. "That's my mantra. Even teenagers don't think like adults. They don't have that ability, those experiences."

In the latest books, Everything Parents Guide to Raising Adolescent Girls (with lead author Moira McCarthy), and Everything Parents Guide to Raising Adolescent Boys (with lead author Robin Elise Weiss), Muscari notes that although the general issues of parenting don't change so much, new trends in society can create added challenges. "¨For instance, more families today have two working parents, which can make it difficult to spend time together. Muscari said it's critical to find time — and quantity counts along with quality. "¨"All the toys in the world will never make up for parental time," she said. "When the job takes priority, kids see that. And that's a really bad place to be as a kid." "¨Still, Muscari acknowledges that some ideas must be modernized a bit.

"¨"The good, old-fashioned family meal that we've long forgotten about is so critical," she said. "If you can't do it at night because the kids are overscheduled, do it at breakfast. Have some time when people can sit down and share and connect." "¨This connection will pay off in the long term, Muscari said. When parents and children communicate well and regularly, kids are less inclined to hide their problems. If your child tells you when something goes wrong, you can get involved before a situation escalates. Communication can help keep kids safe in other ways, too, because gangs and predators don't want a child who runs to his parents for help.

Muscari said she often discusses safety concerns with parents. It's true that children now are more exposed to the world outside their neighborhood, she said, but fear itself can be a threat to kids.

"We can't make these kids bubble kids, even though we have all these things that we worry about," she said. The bottom line, she said, is that parents need to be parents.

"I'm very dead against that parents as pals business," Muscari said. "Parents are there to be guides for their children."

Both books are published by Adams Media Corporation.

Muscari is an associate professor in the Decker School of Nursing at Binghamton University. An expert in child health, mental health, and forensics. Muscari has more than thirty years of experience working with children and teens. She has written or coauthored more than 100 publications, including Not My Kid: 21 Steps to Raising a Nonviolent Child, Not My Kid 2: Protecting Your Children from the 21 Threats of the 21st Century, and Let Kids be Kids: Rescuing Childhood. She has conducted a number of parenting workshops around the country on topics such as keeping kids safe from predators ('live' and on the Web), bullying, and how to raise nonviolent kids.