Reaching toward a cure for sickle cell disease 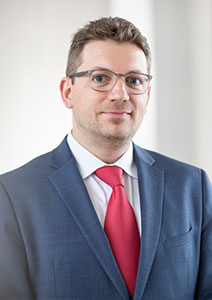 Umut Gurkan with children in Accra, Ghana, where his team is implementing a new affordable point-of-care diagnostic technology developed at his Case Western Reserve University lab for screening Sickle Cell Disease in infants and babies. 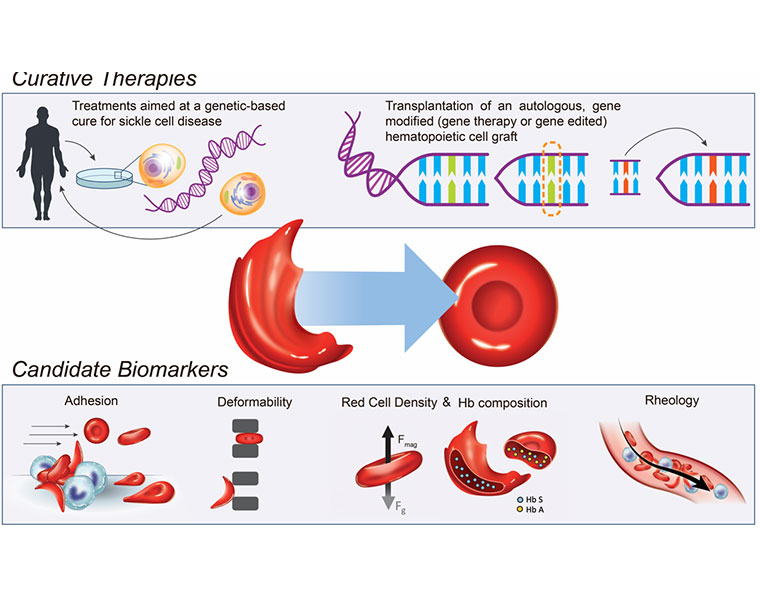 Curative Therapies and Biomarkers of SCD.

SCD is the most well-known among a group of inherited blood disorders, affecting about 100,000 people in the United States and about 20 million worldwide, according to a 2018 National Institutes of Health (NIH) statement announcing the NHLBI  Cure Sickle Cell Initiative.

The initiative supports collaborative research to accelerate the development of genetic therapies within five to 10 years.

The NIH, which spends about $100 million on sickle cell disease research each year, is aiming to have effective genetic therapies available within a decade. A $200 million initiative by NIH and Bill and Melinda Gates Foundation aims to make gene-based cures available globally, especially in sub-Saharan Africa, where the largest portion of cases exist.

Umut Gurkan, the Warren E. Rupp Associate Professor in the Department of Mechanical and Aerospace Engineering in the Case School of Engineering, leads a university team that has developed micro-engineered tools to assess blood samples from patients before and after gene therapy treatment for SCD.

“The big-picture potential here is to test whether this is dream or reality when it comes to gene therapy curing sickle cell,” Gurkan said. “We don’t know the answers yet, but we have to ask whether these gene therapies are safe and effective in alleviating the symptoms and curing the disease and if we have the right tools.”

Blood samples will then be sent from these clinics to Case Western Reserve for a sampling regimen generally known as “microfluid biochip” testing, essentially employing the science of manipulating and controlling fluids at an extremely small scale, less than the width of a human hair.

They will test for relative stickiness of the red blood cells, the “hallmark of sickle cell,” Gurkan said, as well as for other biophysical markers like density, “deformability” and whether the blood fails to flow through microscopic, engineered capillaries mimicking human vasculature.

“If a curative therapy is successful and effective, we should see a significant improvement in these vital properties of blood,” Gurkan said. “Essentially we would like to objectively and quantitatively assess how well the blood cells flow in tiny capillaries after a gene-based therapy.”

Sickle cell disease results from a single genetic mutation that causes a person’s red blood cells to form an abnormal, sickle shape, according to the NIH. These sickled cells can clog the small blood vessels and deprive tissues of oxygen. In turn, this lack of oxygen wreaks havoc on the body, damaging organs, causing severe pain and potentially leading to premature death.

Currently, according to the NIH, the only cure for sickle cell disease is a bone-marrow transplant, a procedure in which a patient receives bone marrow from a healthy, genetically-compatible sibling donor. However, transplants are too risky for many adults, and only about 18% of children with the disease have a healthy, matched sibling donor.

This new NIH initiative, then, focuses instead on gene therapies that modify the patient’s own hematopoietic stem cells (HSCs), which make red and other blood cells. These modified HSCs can then be given back to the patient via a bone marrow transplant, making a cure available to more patients who lack a matched donor.

What could come next

“We can become the epicenter of clinical blood testing, quality control and outcome assessment for these emerging and definitive therapies,” he said, adding that there are also specific translational and commercial goals associated with the NIH-funded project.

The Case Western Reserve School of Medicine and University Hospitals have also played—and will continue to play—an important role in the development and initial clinical validation of these new blood tests, research funded by the NIH, National Science Foundation, and the Doris Duke Charitable Foundation, Gurkan said.

Dr. Stanton Gerson, interim dean of the School of Medicine and director of both the Case Comprehensive Cancer Center and National Center for Regenerative Medicine, said the combined efforts will have global impact.

“As the genetic cure for sickle cell becomes a clinical reality, longitudinal, simple and accurate assessment and control through the tests that Dr. Gurkan has developed becomes ideal and opens up this new treatment to patients across the world,” Gerson said.

Someday, Gurkan said, that could mean one simple blood test to tell whether a patient is benefitting from any given treatment. “Our team is committed to making these new blood tests available for translation on global scale in both high- and low-resource settings.”

And sickle cell might only be the beginning, he said.

“The reason the NIH is so focused on curing SCD is that it is the ‘poster child’ for gene-editing efforts,” Gurkan said. “If we can prove that we can cure an inherited mutation like SCD effectively and safely, then you convince the funders and the public that it is worth the expense and the effort to go after more complex inherited diseases which are less understood.”

Caption: Umut Gurkan with children in Accra, Ghana, where his team is implementing a new affordable point-of-care diagnostic technology developed at his Case Western Reserve University lab for screening Sickle Cell Disease in infants and babies.