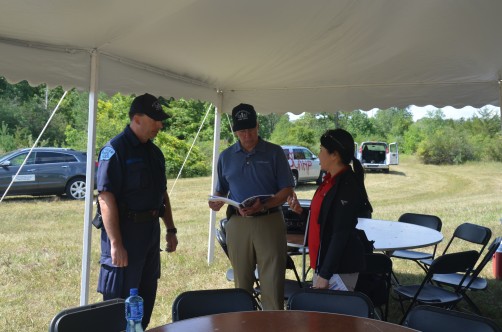 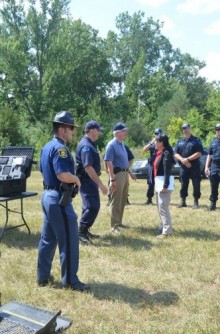 First responders practice various tactics and techniques and assess whether technologies are field-ready.

Newswise — Every day, state and local bomb squads place themselves in harm’s way in order to shield citizens and property from potential catastrophe. Many of the improvised explosive devices (IEDs) they face are cobbled together from everyday objects with the intent to cause maximum casualties and damage—the reality is they are easy to build, difficult to combat and their makeup constantly evolves.

How do first responders stay up-to-date on the latest tactics and techniques for IED response, and how does the Department of Homeland Security Science and Technology Directorate (S&T) ensure state and local bomb squads have the necessary resources at their fingertips? The answer is S&T’s Response and Defeat Operations Support (REDOPS) program, which fosters collaboration among the country’s leading experts, including the Federal Bureau of Investigation (FBI), Department of Defense, the National Bomb Squad Commanders Advisory Board and boots-on-the-ground bomb technicians at every level of government.

In addition to investing in research and development of technologies needed to render IEDs safe, REDOPS performs operational field assessments of technologies, transitions systems to the FBI’s Hazardous Devices School, and disseminates improved tactics, techniques, and procedures to minimize damage to life and/or property.

“It is so important for us to be out with the bomb squads as they practice various tactics and techniques and assess whether technologies are field-ready,” said S&T REDOPS Program Manager Byung Hee Frantz.

“The direct feedback we receive is invaluable; it really drives our R&D efforts and ensures that we get responders the tools and training they need to remain safe and effective during live events,” Frantz said.

Michigan Governor Rick Snyder attended the assessment and agreed that collaboration across federal, state, local, military and international agencies is an ideal approach to improving IED response. Snyder watched all of the response teams in action and even participated himself, firing a disruption explosive charge.

“The most important thing REDOPS can do is continue to gather information from across the country and world about what equipment other squads are using and how they are using it,” said Baltimore Police Department Bomb Technician Randy Pope, who attended the Camp Dawson Raven’s Challenge. “It really helps us out.”

Matt Wallner, a bomb technician with the Newport News (Virginia) Fire Department, agreed. “What I’ve learned about REDOPS is that they take new ideas and procedures…and get them out to the public safety bomb squads. Whether it’s an easier way of controlling your fiber optics or opening a door with a robot or new disruption tools, it’s very interesting and eye-opening.” 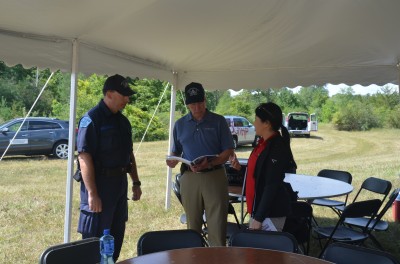 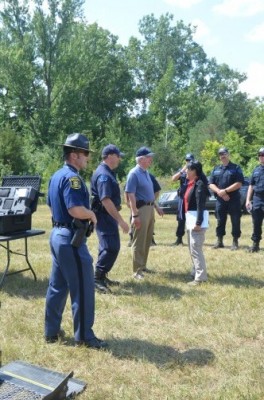