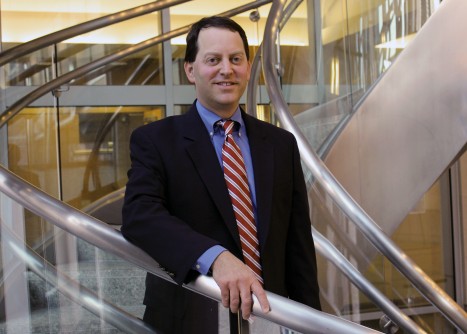 Reducing “Mean Girl” Behaviors in Classrooms Benefits Boys and Teachers Too--CHOP Researchers: Relational Aggression Program, Pioneered in Girls, Improves Overall Classroom Climate--Newswise — Philadelphia, (Aug. 2, 2016) – When a targeted program to reduce relational aggression among at-risk girls is shared with the entire classroom, the entire class benefits—not just the aggressive girls for whom the program was developed. Researchers from The Children’s Hospital of Philadelphia (CHOP) recently reported these findings from Friend to Friend (F2F), a program they developed to prevent relational aggression among urban girls.

“This new study builds on our work over the past decade in developing evidence-based programs to curb relationally aggressive and bullying behaviors to create a healthier social environment in schools,” said study leader Stephen S. Leff, PhD, co-director of the Violence Prevention Initiative at The Children’s Hospital of Philadelphia (CHOP), and Professor of Clinical Psychology in Pediatrics in the Perelman School of Medicine at the University of Pennsylvania. “Our findings suggest that this intervention appears to have a strong broad impact that goes beyond the primary focus of the program.”

F2F is a 10-week, 20-session small group intervention designed for urban African-American 3rd to 5th grade girls that teaches problem-solving, anger management strategies, and leadership skills. In addition, halfway through the intervention, the girls work with facilitators in the classroom to co-lead 10 full classroom sessions of the F2F curriculum in an effort to reinforce the skills they learned and to promote their leadership and reputation change.

A 2015 study established F2F as the first and only relational aggression intervention to demonstrate a decrease in relationally aggressive behaviors among urban minority girls that continued at least a year after the conclusion of the program. Adding to this finding, this current study determined that F2F also had a broader impact on students not participating in the primary intervention. These students only experienced the program through the classroom lessons that the F2F girls helped to run in their classrooms.

Six hundred and sixty five youth (46.3% male) from six schools within the School District of Philadelphia participated in the 2016 study. They were in third, fourth and fifth-grade classrooms which had aggressive girls randomized to either F2F or to HSO. These students rated their classmates on a series of behaviors (e.g., being nice, spreading rumors) while their teachers assessed their own relationships with each student. After the intervention, not only did the targeted aggressive girls participating in F2F improve their behaviors, but boys within these girls’ classrooms scored higher in peer-ratings of positive friendships and being nice, and scored lower in peer ratings of rumor-spreading, exclusion and fighting, compared to boys in HSO. The boys also had more positive relationships with their teachers than similar boys in HSO classrooms. Even girls in the F2F classrooms who were not involved in the direct group intervention were rated by peers as being higher in positive friendships and being nice compared to girls in the HSO classroom.

“A program focused on improving behaviors among urban aggressive girl students also had positive effects on non-targeted students and served to improve the classroom climate,” says Dr. Leff. “We hope our future studies will determine why the program has such strong effects for non-targeted youth. Regardless, we are excited about the initial impact, and feel that the program has great potential for helping aggressive girls and their classmates.”