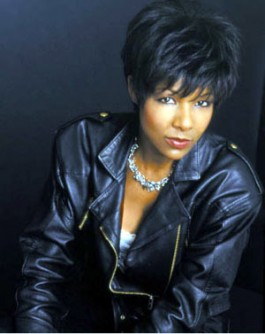 Newswise — The Digital Moving Image Salon presents the 6th Annual Reel Women Film Showcase, April 6-7, on the campus of Spelman College. This event will celebrate student-produced films and will feature a conversation with internationally acclaimed director, Euzhan Palcy, the first Black female director of a major studio Hollywood film. Palcy produced her first feature, “Sugar Cane Alley” in 1983, which won more than 17 international awards and the prestigious Cesar Award -- the French equivalent to the Academy Award -- for best film feature. She also produced “A Dry White Season” which is based upon the book by Andre Brink and starred Marlon Brando.

Launched in fall 2003, DMIS produces an annual “REEL Women Series: Conversations with Black Women Who Work with the Moving Image.”

Founded by Spelman professor, filmmaker and digital media artist, Ayoka Chenzira, the program supports a growing number of students with interest in digital media. The annual DMIS student showcase exhibits their works on topics of social importance as well as celebrates the achievements of professional practitioners .

“DMIS provides an innovative approach to storytelling that focuses on the experiences of women and remains a unique program within HBCUs,” said professor Chenzira. “It supports the growing number of students born into a digital world who are interested in film and digital technologies. Through their digital media work, students have had an opportunity to travel around the world to such places as South Africa, the Czech Republic and Istanbul.”

Approximately 40 students have completed the rigorous program. In just a few years, the program has produced students who have pursued film studies, become Fulbright scholars, received an Emmy Award, and worked in production studios around the country.