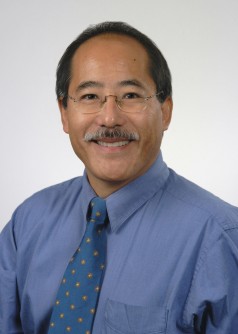 Wong joins Penn State from the Medical University of South Carolina, where he is Senior Associate Dean for Medical Education – Emeritus and a professor of medicine. He received his M.D. from the University of Utah School of Medicine and completed his internship and residency in internal medicine at Duke University Medical Center. Following his residency, he served on faculty at Duke in the Division of General Internal Medicine, attaining the rank of assistant professor and serving as director of the Primary Care Residency Training Program and the Medical Outpatient Clinic for the medical residents.

In 1996, Wong was recruited to Washington University in St. Louis, where he was appointed associate professor of medicine and chief of medical education in the Division of General Medical Sciences. He also directed the Medical Residents' Clinics at Barnes-Jewish Hospital. In 1998, he was recruited to the Yale Primary Care Residency Program, where he served as the director of the Henry S. Chase Outpatient Center as well as other educational administrative roles in the Yale Residency Program. In 2004, he was recruited to the Medical University of South Carolina.

Wong is nationally active in the American Association of Medical Colleges and in the Society of General Internal Medicine. He has attained fellowship status in the American College of Physicians. Wong's interest is in general internal medicine, faculty development in clinical teaching skills, and medical education in general.

Located on the campus of Penn State Milton S. Hershey Medical Center in Hershey, Pa., Penn State College of Medicine boasts a portfolio of nearly $82 million in funded research. Projects range from the development of artificial organs and advanced diagnostics to groundbreaking cancer treatments and understanding the fundamental causes of disease. Enrolling its first students in 1967, the College of Medicine has more than 1,600 students and trainees in medicine, nursing, the health professions and biomedical research on its campus.