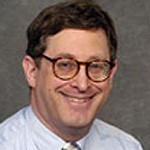 Newswise — There is little on which the two Houses of Congress and the President can find compromise these days, with the sequester a vivid symbol of this polarization. And gridlock in government would only worsen if the proposed REINS Act moves forward, says Ronald M. Levin, JD, administrative law expert and professor of law at Washington University in St. Louis.

Under the proposed Regulations From the Executive in Need of Scrutiny (REINS) Act, an administrative agency that seeks to issue a major rule would need to obtain an affirmative vote from both the House of Representatives and Senate. At least for now, the two houses have wide ideological differences, Levin says. “The effect of the act would be that no agency could promulgate a major rule on any controversial subject. The administrative process would be severely impaired.”

A regulation with at least a $100 million impact is considered a “major rule.” Several of the rules that will implement the Affordable Care Act will meet this definition.

Levin recently testified on the REINS Act before the House Subcommittee on Regulatory Reform, Commercial and Antitrust Law.

“Under the REINS Act, the dysfunction that now afflicts Congress in the enactment of laws would spread to the implementation of the laws,” he says.

“If the act were enacted this year, this interference with the rulemaking process would affect a Democratic administration, but in the long run we will have both Democratic and Republican presidents, and this act would pose a major barrier to any president’s ability to pursue the policies that he or she was elected to promote,” Levin says.