Newswise — In the kelp forests of Tierra del Fuego, at the southernmost tip of South America, the relative abundance of kelp, sea urchins, and sea stars has not changed significantly since 1973. Alan Friedlander of the National Geographic Society’s Pristine Seas project and colleagues present these findings in the open-access journal PLOS ONE on March 11, 2020.

Home to some of Earth’s most diverse ecosystems, kelp forests worldwide face threats from climate change and human activities. These threats vary depending on distinct regional factors. However, kelp forests in remote locations are understudied, limiting the availability of knowledge to inform conservation efforts.

Now, Friedlander and colleagues have revisited kelp forests in Tierra del Fuego that had not been evaluated in detail since 1973. Observational data collected by scuba divers revealed that this remote ecosystem has not changed significantly, with populations of kelp, sea urchins, and sea stars remaining similar to those observed by divers in 1973. No urchin “barrens”—signs of destructive sea urchin grazing seen in other kelp forests—were observed.

The researchers also evaluated the visible extent of kelp forest cover using Landsat satellite images, which first became available for the region in 1998. They did not observe any long-term trends over the past 20 years, but did note that kelp forest cover appeared to follow approximately four-year cycles that mirror sea surface temperature and El Niño–Southern Oscillation rainfall patterns.

To better understand the kelp forest ecosystem, the scientists also conducted an extensive survey of its fish. They found that the abundance of various fish species varied from location to location within the study area, with significant variance seen between sites with different levels of exposure to ocean waves.

While these kelp forests remain relatively unchanged in recent decades, they are predicted to suffer from rising sea temperatures. Expansion of the recently established Yaganes Marine National Park to include nearshore waters could help protect this unique ecosystem, and the findings from this study can help inform additional conservation efforts.

Friedlander says: “The kelp forest of the extreme tip of South America are some of the most pristine on earth and have not changed substantially since the early 1970s, when they were first surveyed, ” adding that “re-examination of this remote region is incredibly valuable in this age of climate change and gives us a better understanding of how these ecosystems function in the absence of direct human impacts.”

In your coverage please use this URL to provide access to the freely available article in PLOS ONE:  https://journals.plos.org/plosone/article?id=10.1371/journal.pone.0229259

Competing Interests: Competing interests: We received funding from commercial sources: National Geographic Society, Davidoff, and Lindblad Expeditions. The funders had no role in study design, data collection and analysis, decision to publish, or preparation of the manuscript. This does not alter our adherence to PLOS ONE policies on sharing data and materials. 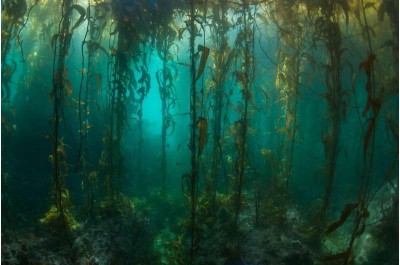 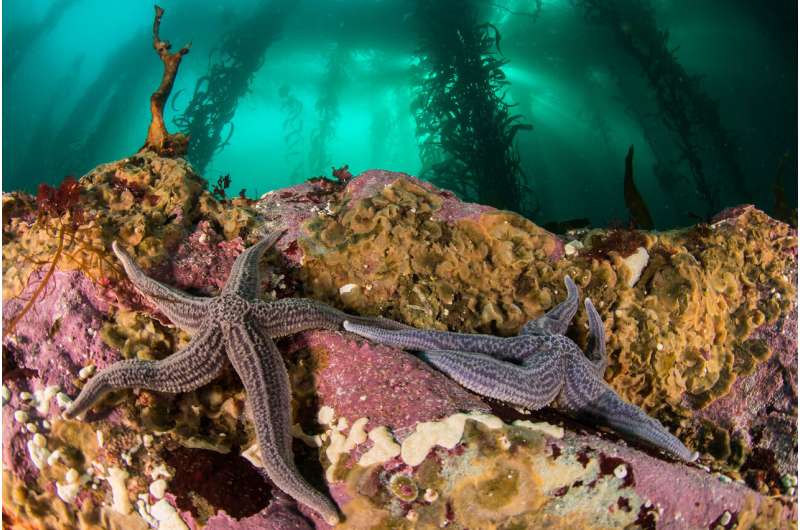 Caption: Starfish in the kelp forest