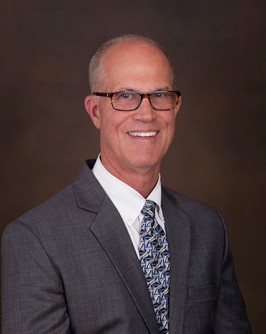 Newswise — TORONTO, ONTARIO, CANADA  –  Douglas W. Brown will be inducted into the American Orthopaedic Society for Sports Medicine’s (AOSSM) Hall of Fame on Friday, July 21st, during the Society’s Annual Meeting in Toronto, Canada. AOSSM Hall of Famers are individuals who have made a substantial contribution to the sports medicine field.

A native of Waterville, Maine, Dr. Brown graduated from Phillips Andover (1964), Bowdoin College (1968), and the University of Vermont College of Medicine (1972).  During medical school at Vermont he attained American Orthopaedic Association (AOA) membership and received the Century Club prize for outstanding undergraduate research.

After a surgical internship at Strong Memorial Hospital in Rochester, NY, he returned to Vermont for orthopaedic residency where his interest in sports medicine developed under the influence of Robert Johnson, MD. In 1976, he completed one of the early sports medicine fellowships in Atlanta, with Fred Allman. MD Prior to moving back to Maine to start private practice, he joined the Navy to work with Jay Cox, MD at the US Naval Academy in Annapolis. In recognition of his accomplishments there, he was awarded the Navy Commendation Medal.

Dr. Brown returned to Portland, Maine, in 1980, where he continues to practice in the multi sub-specialty orthopaedic surgery group which he founded.  He has served as the team physician for Portland High School, and orthopaedic consultant to Bowdoin College for 35 years. Other sports medicine activities included working as a team physician for the US Olympic Committee at the National Sports Festival (1982) and World University Games in Japan (1985).  Beginning In 1986, and continuing until 2002, he served as a team physician for US Soccer, traveling with U16, U20, U23, Men’s Olympic, and Men’s National Teams.

In 1995, he became head team physician for the Women’s National Soccer Team, traveling with them to many international matches and two World Cups - Sweden (1995) and USA (1999).  He has been a member of the US Soccer Medical Committee since 1988, and in 2002 helped organize the first international soccer sports medicine symposium jointly sponsored by FIFA, US Soccer, and AOSSM.  For more than 15 years, he traveled to 24 countries and covered more than 40 international matches.

Dr. Brown has been an active member of AOSSM since 1981. He has served on multiple committees, including the Board of Directors as the first under 45 member (1989), treasurer (1992-1995), and President (1999). Dr. Brown joined the AOSSM Medical Publishing Board of Trustees in 1998 and continued as a member for 16 years, serving as Treasurer for seven years and Chairman for six.  He also served as President of the Herodicus Society in 1998.

In 2008, Dr. Brown was the godfather for the AOSSM travelling fellowship to Japan, South Korea, Taiwan, Hong Kong, and Singapore. Dr. Brown was awarded the Eastern Athletic Trainers’ Association David G. Moyer Award in 2013, and was elected to the Maine Sports Hall of Fame in 2013, and the Phillips Andover Athletic Hall of Honor in 2014.

He has two children, Mark and Dana, and five grandchildren.

The American Orthopaedic Society for Sports Medicine (AOSSM) is the premier global organization representing the interests of orthopaedic surgeons and other professionals who provide comprehensive health services for the care of athletes and active people of all ages and levels. We cultivate evidence-based knowledge, provide extensive educational programming, and promote emerging research that advances the science and practice of sports medicine.

AOSSM is also a founding partner of the STOP Sports Injuries campaign to prevent overuse and traumatic injuries in kids.