Repairing the Heart One "Z" at a Time 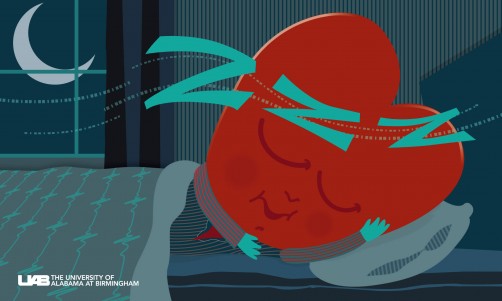 Much like other muscles, when the heart works during the normal daytime hours, it needs a period of rest to repair itself. 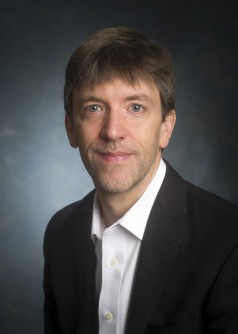 Newswise — BIRMINGHAM, Ala. – A new study published in Life Sciences shows promise that rest during normal sleep hours may help the heart repair itself.

Research conducted in animal models at the University of Alabama at Birmingham shows that the heart replaces damaged proteins during the sleep period, and if food is consumed during this time, the mechanisms responsible for the replacement of damaged proteins is stopped.

“Imagine that once a week you take out the trash, and then suddenly you stop taking out the trash on that day; it will build up in your house, and your home will be dysfunctional,” said co-author and Professor in the Division of Cardiovascular Disease Martin Young, Ph.D., “Our findings suggest that eating during the sleep phase prevents the heart from ‘taking out the trash,’ which we speculate might be one reason the heart becomes dysfunctional when food is eaten late at night.”

Before collecting data, Young says, there were two main questions he hoped the study would address: What is the temporal response of the heart to fasting, and what are the metabolic effects of fasting during the normal sleep hours? What Young and his team found was that, when animals were forced to eat at the wrong time of day, the heart lost the rhythms in mechanisms known to be critical for removal (autophagy) and replacement (synthesis) of damaged proteins.

“The heart seems to be set up to repair itself when an animal sleeps,” Young said. “When eating at the wrong time of day, the heart switches off its nighttime repair.”

Although this was a relatively small study involving animal models, John Chatham, Ph.D., co-author and professor in the Department of Pathology, says this type of research is important because it might help their understanding of how specific interventions — like intermittent fasting — reduce the risk of heart disease and diabetes.

“Understanding how the heart regulates important processes such as autophagy and protein synthesis across the time of day, and how they are influenced by fasting, might help develop new interventions that could reduce heart disease,” Chatham said. “These studies are also important because there is a vast amount of interest in the effects of fasting on cardiovascular health, that other researchers need to know the impact of time of day when studying both animals and humans.”

Funding for this study was provided through a UAB School of Medicine AMC 21 Multi-Investigator Pilot Award, as well as the National Institutes of Health. Young, Chatham and their team Jianhua Zhang, Ph.D., Victor Darley-Usmar, Ph.D., and Adam Wende, Ph.D., recently received word that the NIH is expected to provide additional funding to explore the mechanisms by which sleep phase fasting influences replacement of damaged proteins in the heart, and whether such interventions can prevent heart disease development during diabetes.