With high-heat capacity and thermal conductivity, gallium nitride competes with silicon as the semiconducting material in power devices. 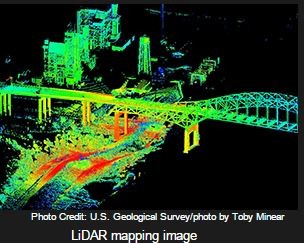 The semiconductor gallium nitride contributes to faster switching and superior resolution in LiDAR (light distancing and ranging) systems, which use pulsed lasers to rapidly create three-dimensional images or maps.

Newswise — FAYETTEVILLE, Ark. — Researchers at the University of Arkansas’ GRid-connected Advanced Power Electronic Systems Center (GRAPES) have received a $200,000 grant to study the modeling of gallium nitride devices. Alan Mantooth, Distinguished Professor of electrical engineering and executive director of the center, will lead the effort.

Researchers at the center work to accelerate the adoption and insertion of power electronics into the electric power grid. Improvements in these devices will ultimately lead to lower costs for consumers and a substantial reduction in harmful carbon emissions.

Gallium nitride (GaN) is a hard-compound, mechanically stable semiconductor material that has high heat capacity and thermal conductivity. Because of these property advantages, it could lead to the development of devices that can operate at higher voltages, temperatures and switching frequencies than those currently using silicon, the most common component in power devices.

One of the barriers to the acceptance of these new devices is a lack of high-quality models for circuit simulation that allow designers to evaluate them against the entrenched silicon technology. Since the vast majority of all circuit design and simulation is done in computer programs, the lack of these models makes it very difficult for circuit designers to accurately portray how gallium nitride devices will behave.

This grant allows the U of A researchers to develop and evaluate a high-performance compact model for gallium nitride power devices. Compact models are used by circuit designers to simulate the performance and behavior of their designs before committing them to manufacture. These models are especially important in power electronic applications where many real-world scenarios can be analyzed safely. Further, statistical and failure mode analyses, which are practically impossible through experimentation, can be easily performed.