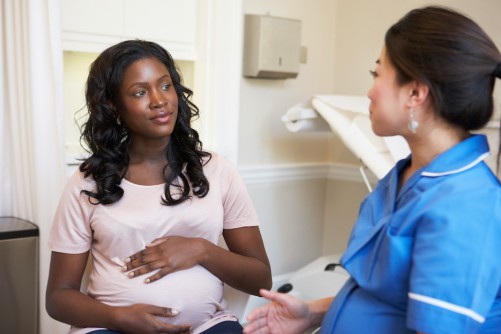 Newswise — Maternal mortality rates in the United States exceed those of other developed countries, with some considerable racial disparities. Black mothers have three to four times the risk compared to white mothers, while more than half of these deaths are deemed to be preventable. Public health interventions attempt to improve maternal health and pregnancy outcomes, and a new study from researchers at Florida Atlantic University indicates those programs are making a difference.

The study conducted by FAU College of Business faculty members Patrick Bernet, Ph.D., Gulcin Gumus, Ph.D., and Sharmila Vishwasrao, Ph.D., and recently published in the journal The Milbank Quarterly, found that spending on public health significantly reduced the maternal mortality rate among black mothers and narrowed black-white outcome disparities. Each 10 percent increase in pregnancy-related public health expenditures was associated with a 13.5 percent decline in the maternal mortality rate among blacks and a 20 percent reduction in black-white disparities.

“Clearly, it’s a pretty extreme outcome, and to find that relatively small expenditures can affect something like maternal death is very surprising,” said Gumus, an associate professor in health administration in FAU’s Department of Management Programs. “It’s not just an extreme outcome, it’s also kind of rare. There seems to have been unfortunately a sharp increase in maternal mortality in the U.S. over the last two decades or so, but it’s still a rare event. Combine that with the fact that this is a very extreme outcome for women who at some point during their pregnancy are under physician control, that’s a big deal, in fact.”

A rise in comorbidities with pregnancy may also play a role, said Vishwasrao, an associate professor in FAU’s Department of Economics, particularly hypertension and obesity, which if left untreated can cause serious problems for pregnant women. A study published last fall in the American Heart Association’s journal Hypertension found that the number of women with high blood pressure when they become pregnant or who have it diagnosed during the first 20 weeks of pregnancy has spiked in the U.S. over the last four decades, especially among black women.

“Those comorbidities may go untreated longer for black women,” said Vishwasrao. “So, access to health care seems to be an issue here.”

“If increases in maternal mortality in the United States can be attributed to an increase in chronic conditions like hypertension and diabetes, or societal factors such as bias or racism, all of which increase the risks associated with childbirth, effective solutions may not lie in improving hospital care alone but rather in improving access to early and regular interventions through publicly funded programs,” the articles states.