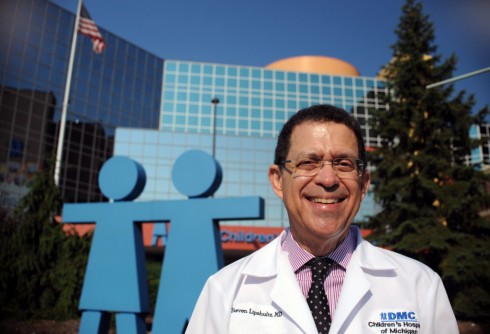 Newswise — DETROIT, MI - Monday, March 27, 2017 – A multi-center study done in the U.S. and Canada may have global applicability for families with children afflicted with cardiomyopathy. Findings from this large National Institutes of Health (NIH) cardiomyopathy study, which have important implications in how to treat two types of dilated cardiomyopathy in children, have been published in Circulation Heart Failure, an official journal of the American Heart Association. The paper, representing findings from nearly 100 pediatric cardiology centers, is titled “Differences in Presentation and Outcomes Between Children with Familial Dilated Cardiomyopathy and Children With Idiopathic Dilated Cardiomyopathy: A Report From the Pediatric Cardiomyopathy Registry Study Group.”

“This paper suggests that genetic and echocardiographic screening of the families of all children with dilated cardiomyopathy is supported since their courses are so similar and the early identification of genetic associations or inheritance patterns may help for management, family counseling and treatment plans,” Dr. Lipshultz says.

About the Children’s Hospital of Michigan, www.childrensdmc.org For 130 years, the Children’s Hospital of Michigan has been dedicated to providing high quality care to children and adolescents in a caring, efficient and family-centered environment. With more than 40 pediatric medical and surgical specialty services, the hospital draws patients from nearly every Michigan County, 39 additional states, and 22 countries annually and provides the highest level of pediatric specialty care available for children. The hospital is a national leader in cardiology and heart surgery, neurology and neurosurgery, nephrology, and orthopedics. It is ranked as one of America’s best hospitals for children and sees more children than any hospital in the state. Children’s Hospital of Michigan is one of eight hospitals operated by the Detroit Medical Center (DMC).