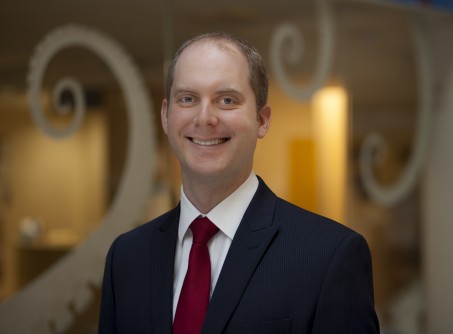 Newswise — SEATTLE – May 10, 2017 – A study published today in The Journal of Pediatrics suggests that early-onset pancreatitis in children is strongly associated with certain genetic mutations and family history of pancreatitis.

Dr. Matthew Giefer, director of gastrointestinal endoscopy at Seattle Children’s Hospital, and colleagues analyzed 342 children ages 0-18 with acute recurrent pancreatitis (ARP) and chronic pancreatitis (CP) from INSPPIRE (International Study Group of Pediatric Pancreatitis: In search for a cure), the nation's first and only multicenter, National Institutes of Health-funded pediatric pancreatitis registry, led by Dr. Aliye Uc of University of Iowa Stead Family Children's Hospital. Three age cohorts were examined; children ages 5 and below, 6 to 11 and 12 to 18. The youngest cohort of children, ages 5 and below, was defined as having early-onset pancreatitis.

Pancreatitis is a disease which occurs when the pancreas becomes inflamed and internal enzymes irritate and damage the pancreas itself. It can be triggered by physical trauma, specific viral infections, some medications or ingestion of a toxin. Although it is considered rare among children, recent studies have shown that the number of pediatric pancreatitis cases has increased. Children are now susceptible to the disease almost as often as adults, which is approximately 1 in 10,000.

“It’s widely known that alcohol and smoking are easily identifiable risk factors in adults who develop pancreatitis,” said Giefer. “However, determining the underlying causes of the disease in children has been challenging to uncover. This study allowed us to test and evaluate the association between age of onset and characteristics of patients with ARP and CP.”

The two common genetic mutations found in the group with early-onset pancreatitis were cationic trypsinogen (PRSS1) and chymotrypsin C (CTRC). PRSS1 mutations were found in 43 percent of patients, while CTRC was found in 14 percent.

“Building upon previous data related to the PRSS1 mutations found in patients with early-onset pancreatitis, we learned that combined with our current data, patients with PRSS1 are more likely to have an aggressive disease course,” said Giefer. “The more we understand and discover important details such as this, the closer we are to developing treatments that could modify the disease course in patients.”

Further research will investigate whether the disease course, response to treatment and outcomes are dependent on the age of the first pancreatitis attack in children.

“Overall, this research sheds light on a disease that not only affects adults, but an increasing number of children,” said Giefer. “The findings provide us with an improved understanding of the genetic factors involved in early-onset pancreatitis, which will help the pediatric community to improve the evaluation and treatment process for patients.”

To read the article, please visit The Journal of Pediatrics website.

The Journal of Pediatrics, May-2017