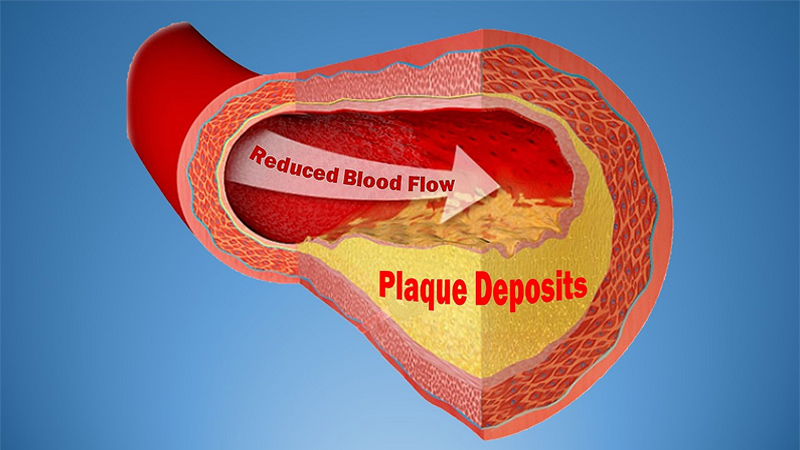 Within a month following a heart attack, people are at increased risk for a second one.  As a result, physicians treat these patients with medications to rapidly reduce cardiovascular risk factors for another event. Although statins are designed to reduce the risk from one underlying problem, low-density lipoprotein (LDL) or “bad” cholesterol, they often aren’t able drop it to recommended levels within 30 days.

Now, testing a next-generation cholesterol-lowering drug known as a PCSK9 inhibitor, Johns Hopkins Medicine researchers showed they could lower blood cholesterol to safer levels faster when it is added to traditional therapies.

Although larger studies are needed to assess other outcomes, the researchers say the early finding, published July 27, 2020, in Circulation, suggests that a PCSK9 inhibitor is safe to use, significantly lowers LDL cholesterol during hospitalization and achieves the reduction within the month following a heart attack.

“As these are the most vulnerable patients, we need to most aggressively treat them to lower their risk factors,” says Thorsten Leucker, M.D., Ph.D., assistant professor of medicine at the Johns Hopkins University School of Medicine. “With our study showing that we can lower these bad cholesterol levels with a PCSK9 inhibitor — which in stable patients decreases cardiovascular events — we hope that this approach also will reduce secondary events and perhaps even prevent early deaths in patients after an acute heart attack.”

For the study, 57 people were randomly assigned to get either one dose of the cholesterol-lowering drug evolocumab — which reduces activity of the PCSK9 protein and increases LDL cholesterol levels in the bloodstream — or a placebo after they were admitted to the hospital for a heart attack. Over the course of the 30-day study period, the patients on evolocumab had their bad cholesterol reduced on average by 28.6 milligrams per deciliter more than patients given the placebo.

Upon hospital discharge, 80.1% of patients given the PCSK9 inhibitor were at or below the American Heart Association/American College of Cardiology recommended LDL cholesterol targets of 70 milligrams per deciliter compared with 38.1% of people given the placebo.

For future studies, the researchers plan to see whether the drug also reduces inflammation in the heart muscle and arteries to improve the healing and functioning of the heart following a severe heart attack.

CELLS UNDER STRESS GET INTO MOLECULAR ‘TRAFFIC JAMS,’ TRIGGERING A SUICIDE PATHWAY

When cells experience a high level of stress — for example, when they are exposed to too much UV light — ribosomes inside the cell collide and get into traffic jams. Now, Johns Hopkins scientists have found a protein that recognizes this traffic problem and pushes the cell down a path toward cell suicide.

Molecular understanding of this pathway could lead to ways to control its outcome. A report of the research was published June 30, 2020, in the journal Cell.

Molecular biologist Rachel Green, Ph.D., and her team have long been studying how cells recognize problems within their coding information and how this recognition relies on cellular structure called the ribosome. These problems can arise from errors encoded in the genome or from environmental damage to the cell.

The ribosome travels along a piece of genetic material called messenger RNA (mRNA). The ribosome’s job is to decode the mRNA to provide a set of instructions for making a protein. When cell stress increases, and mRNAs are damaged, ribosomes can’t travel down the mRNA highway, and they tend to collide with each other like molecular bumper cars. Since these ribosomes fail to reach the end of the mRNA, they produce incomplete proteins.

“Incomplete proteins aggregate and cause diseases,” says Green, a Bloomberg Distinguished Professor of molecular biology and genetics at the Johns Hopkins University School of Medicine and Howard Hughes Medical Institute investigator. “The cell needs to stop incomplete proteins from being produced and aggregating.”

Green and her team aimed to find out how cells assess traffic conditions and spot these ribosomal collisions. So, they added an antibiotic that blocks ribosome movement to mammalian cells cultured in the laboratory.

The scientists found no problems with the traffic flow of ribosomes in untreated cells. With a high dose of the antibiotic, they found that ribosomes simply stopped moving all together. However, when the scientists treated the cells with an intermediate dose of the antibiotic, they saw widespread ribosome collisions in the cell, and to their surprise, activation of proteins involved in both the life-promoting integrated stress response and the death-promoting ribotoxic stress response.

In collaboration with her colleague, Johns Hopkins scientist Sergi Regot, Ph.D., Green identified a critical protein, called ZAK, which is part of a family of proteins called MAP3K. ZAK binds to colliding ribosomes and is itself activated.

Her team is planning studies to determine precisely where ZAK binds to ribosomes by using a cryoelectron microscope to create a 3D rendering of its structure. Green also aims to learn how different cell types may be more or less vulnerable to ribosome collisions.

Green says an exciting potential outcome of the research is that the ZAK-mediated molecular pathway could be targeted with drugs to alter cell fate when they are under stress in health and disease.

While tuberculosis, or TB, may not be a major health problem in the United States, the World Health Organization (WHO) reports it is still the leading cause of death worldwide from a single infectious agent (the microbe Mycobacterium tuberculosis) and is responsible for some 1.5 million fatalities annually. TB is especially serious in India, the country that accounts for 27% of all global cases of the disease.

Recently, the WHO changed its guidance for preventive treatment in countries with a high TB prevalence, recommending proactive drug therapy for all members of households exposed to TB by someone in the home with the pulmonary form of the disease. This is a departure from the current national guidelines in India that only require preventive TB therapy for children under age 6 and people living with the human immunodeficiency virus (HIV).

However, the new WHO recommendations for broader preventive measures is conditional and not based on strong evidence, so health officials in countries such as India wanted more proof that a switch in policy was warranted. Thanks to a new research study led by Johns Hopkins Medicine in collaboration with two Indian medical institutions, science and statistics are now backing the move.

The C-TRIUMPH (Cohort for TB Research with Indo-US Medical Partnership) study, which was reported in the July 29, 2020, issue of the journal PLOS One, was conducted under the Regional Prospective Observational Research in Tuberculosis Consortium for India (RePORT India), a consortium of coordinated TB research efforts across India funded by the governments of India and the United States. RePORT India is part of RePORT International, a larger collaborative undertaking similar work in five other high-burden TB nations: Brazil, China, Indonesia, the Philippines and South Africa.

The collaborating institutions on the study in India are the BJ Government Medical College (BJGMC) in Pune and the National Institute of Research in TB (NIRT) in Chennai.

For their study, the researchers in India enrolled 1,051 adults in the cities of Pune and Chennai who had been exposed to someone in their household with pulmonary TB. The 997 participants who completed the study were screened for both TB infection (presence of the bacteria) and TB disease using clinical, microbiologic and radiologic methods at enrollment, at sometime between four and six months, and at 12 and 24 months.

“We found that 707 of the 997 participants, or 71%, tested positive for TB infection at the start, and 20, or 2%, subsequently developed the disease during 24-month follow-up period,” says Paradkar. “Based on these numbers, we estimate that that 12 people per 1,000 per year will get TB disease through a household contact. This is a large enough rate to support the new WHO guidelines for stopping the spread of the bacteria, calling for all residents in households with TB present to receive therapy without needing to first be tested for infection.”

Paradkar adds that the development of TB disease through household exposure was not associated with smoking, alcohol consumption, diabetes mellitus or when TB infection was detected during the study period.

“The findings from our study will help inform national protocols for the screening of household contacts of TB patients and the administration of appropriate preventive therapy in India and other high-burden TB regions of the world,” says Bollinger.