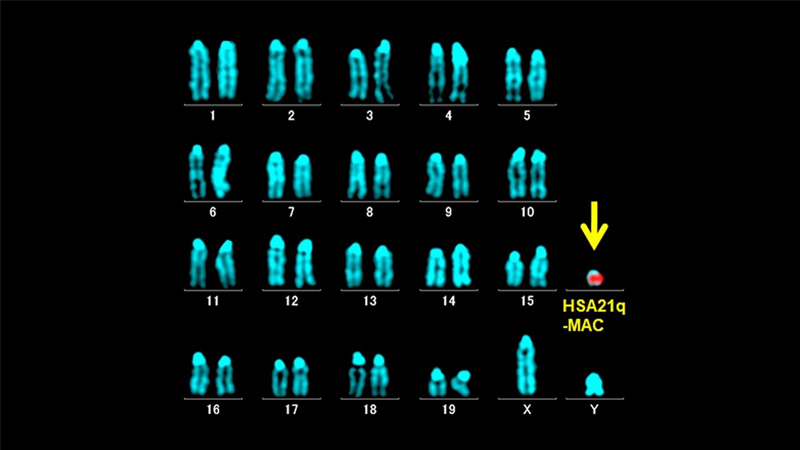 During the COVID-19 pandemic, Johns Hopkins Medicine Media Relations is focused on disseminating current, accurate and useful information to the public via the media. As part of that effort, we are distributing our “COVID-19 Tip Sheet: Story Ideas from Johns Hopkins” every other Tuesday.

We also want you to continue having access to the latest Johns Hopkins Medicine research achievements and clinical advances, so we are issuing a second tip sheet covering topics not related to COVID-19 or the SARS-CoV-2 virus. “Research News Tip Sheet: Story Ideas from Johns Hopkins Medicine” alternates Tuesdays with the COVID-19 Tip Sheet.

Stories in this tip sheet associated with journal publications provide a link to the paper. Interviews with the researchers featured may be arranged by contacting the media representatives listed.

Scientists across the globe often use mouse models in the study of human conditions to advance the pursuit of medicines and treatments. Now, Johns Hopkins Medicine researchers and their collaborators have created and characterized a new mouse replica of Down syndrome, long considered one of the most challenging disorders to simulate in laboratory animals.

A report of their research appeared June 29, 2020, in the journal eLife Sciences.

The new model may help researchers better understand how people with Down syndrome learn and develop, and eventually, lead to new therapies for potentially deadly complications of the condition, such as heart disease and thyroid problems.

Down syndrome, caused by trisomy 21, occurs when a person is born with an extra partial or entire copy of the 21st chromosome. Typically associated with distinct facial features and developmental delays, people with Down syndrome also experience difficulties with learning and memory, as well as higher rates of thyroid disease, blood and immune disorders and heart disease. Treating these conditions in people with Down syndrome is complicated by their genetics.

“There are more than 500 genes on chromosome 21 that can be overexpressed,” says Roger Reeves, Ph.D., professor of physiology at the Johns Hopkins University School of Medicine. “So, in comparison to many other genetic conditions, Down syndrome is vastly more complex.”

Further complicating the development of successful treatments is the lack of an accurate animal model to study the biology of Down syndrome and test potential therapies for conditions associated with it.

Reeves and his team endeavored to improve research efforts by creating a more precise replica of the condition in mice. They did this by inserting a human copy of chromosome 21 into mice using the rodent’s own cellular structures that organize DNA. This enables the mouse cells to reliably copy and sort the extra human chromosome into new cells as they divide. It also lets the mice pass the additional genetic material on to their offspring.

This means that these mice, named TcMAC21 by the researchers, can be used relatively easily and at low cost in long-term experiments.

The resulting TcMAC21 mice have many characteristics indicative of Down syndrome in humans, including a distinct facial structure, a greater prevalence for congenital heart defects, a smaller-than-usual cerebellum and learning difficulties.

The researchers caution that no single animal model can perfectly replicate a human condition. However, they believe that the TcMAC21 mouse model developed in this study is a good starting point to create new and better strategies for helping people with Down syndrome.

“Our goal is to improve the health of people with Down syndrome to give them the best chance at achieving their full potential,” says Reeves.

ADDITION BY DIVISION: RATIO OF TWO PROTEINS MAY ADD KIDNEYS TO THE TRANSPLANT DONOR POOL

Earlier this year, a study led by researchers at Johns Hopkins Medicine provided strong evidence that hundreds of deceased donor kidneys with acute kidney injury (AKI) — traditionally discarded as unsuitable for transplantation — could be safely and successfully used. Now, a follow-up investigation by the same team, in collaboration with researchers at 13 other medical institutions in the United States, has shown that two proteins found in deceased donor urine can be measured to define which donor organs — including those with AKI — are the best candidates for saving the lives of patients with kidney failure.

The team’s findings were reported online July 27, 2020, by the journal Transplantation.

Currently, the national discard or rejection rate for all potential donor kidneys is approximately 18%, but for AKI kidneys, it jumps to 30%. According to statistics from the U.S. Department of Health and Human Services, nearly 100,000 Americans with kidney failure, also known as end-stage renal disease, are awaiting donor organs. Unfortunately, as reported by the U.S. Centers for Disease Control and Prevention, nearly 9,000 of these patients drop off the waiting list each year, succumbing to death or deteriorating in health so that transplantation is no longer possible.

Making matters worse, says the National Institute of Diabetes and Digestive and Kidney Diseases, the need for donor kidneys is rising at 8% per year. However, their availability has not grown to match.

To better identify which deceased donor kidneys have a higher probability for successful transplantation and long-term survival as grafted organs, the new study looked to two proteins — both easily obtained from the urine of donors at the time of organ harvesting — that the researchers felt could be used as clinical biomarkers.

The two proteins, uromodulin and osteopontin, had been shown in previous studies to play a protective role in kidney health and proper functioning, helping to repair cells damaged by AKI and stimulating immune responses against foreign invaders. Therefore, the research team believed that their presence in deceased donors might indicate which kidneys were most likely to recover from injuries or infections.

“We determined that if the ratio of the amounts of the two proteins, as precisely measured in samples of a deceased donor’s urine, was less than or equal to three, then that person’s kidneys were the most suitable for transplantation and had a higher chance for staying healthy and functioning longer after the surgery,” says Chirag Parikh, M.D., Ph.D., director of the Division of Nephrology at the Johns Hopkins University School of Medicine and senior author of the study.

There were 1,298 donors and 2,430 recipients participating in the study. A total of 322 deceased donors (25%) had signs of AKI. The recipients were followed for a median time of four years after surgery to document any graft failures or deaths.

The researchers say that additional studies are needed to validate the use of the uromodulin-to-osteopontin ratio as a clinical tool for timely and accurate evaluation of kidneys for transplantation.

“We estimate that using this strategy, once confirmed as reliable, we can annually reduce the number of kidneys discarded and add a few thousand suitable-for-transplant organs to the pool,” Parikh says.

Increasing the donor pool, Parikh adds, would help achieve the goal of the Advancing American Kidney Health initiative, a 2019 presidential directive that aims to double the number of kidneys available for transplant by 2030.

In an anatomical comparison of the third metacarpal, or cannon bone, among Thoroughbred racehorses, American Quarter Horses and feral Assateague Island ponies, Johns Hopkins Medicine researchers have found that fostering adaptations in these bones through training might help horses better endure the extreme conditions of racing and prevent serious, often life-ending injuries on the track.

Racehorses operate at a biomechanical extreme. The 1,000-pound or so animals can move up to 40 miles per hour on long, thin limbs genetically evolved to move them across long distances.

When pushed to race at high speeds, a horse’s legs can fracture beneath them in an event called a breakdown. Seventy percent of these injuries occur in the third metacarpal bone between the horse’s knee and pastern (the area just above the top of the hoof). Because of the fragile nature of their limbs, breaks such as these can cause irreparable tissue damage, resulting most often in the animal having to be euthanized.

“With so many Thoroughbreds breaking their legs this way, we thought there must be a way to predict and prevent it,” says Deanna Goldstein, a doctoral candidate in the Center for Functional Anatomy and Evolution at the Johns Hopkins University School of Medicine and lead author on the paper, posted online August 17, 2020, in the journal The Anatomical Record.

To understand why racehorses break down, Goldstein compared the sizes, densities and abilities to bend without breaking of the three types of canon bones studied to examine the effect on them from each breed’s lifestyle and training.

Thoroughbreds, for example, are trained to run long distances around turns for races like the Kentucky Derby. American Quarter Horses are trained to sprint short distances in mostly straight lines, and are named for their superior ability to run a quarter mile faster than any other breed. Assateague Island ponies are shorter, stockier animals that live wild, and therefore, offered an untrained population against which to compare Quarter Horses and Thoroughbreds.

“Comparisons between these breeds present an interesting opportunity to look at the relationship between the mechanical stresses on the bone and the bone’s structural response in an animal that is pushed to its physiological limits,” says Goldstein.

In the study, bones were collected only from horses who died or were euthanized for reasons unrelated to a broken or injured third metacarpal bone.

Although the size of the third metacarpal bone varied among the three horse breeds, Goldstein was surprised to find that the bone’s strength and structure relative to body size were remarkably similar across the three types of horses.

“If Thoroughbreds are racing and training around turns, you would expect certain areas of their bones to be a lot stronger to reflect that,” says Goldstein. “However, since the Thoroughbred third metacarpals are not more dense or stronger than the other two breeds, it indicates that the Thoroughbreds’ bones are just not prepared for those forces.”

What should be seen, says Goldstein, is evidence of bone remodeling — the process by which new bone growth helps the skeleton respond to mechanical stress. Similar to how weightlifting strengthens human bones, exposure to the stresses of racing around turns should create anatomical differences between Thoroughbred horses and other breeds. These adaptations would prepare their bones to resist fracturing.

Goldstein suggests that adding training around tighter turns at higher speeds could give Thoroughbred horses’ bones time to adapt to the extreme forces and be more resistant to breaks on the track.

Thoroughbred horseracing has been mired in controversy as numerous accounts, such as one in a June 22, 2019, article in the New York Times, reveal a growing number of fatalities in the sport, with many attributable to leg fractures. While some of these cases have been linked to animals being given performance-enhancing drugs, Goldstein and her colleagues believe that scientifically backed interventions in how racehorses are managed and trained could better protect them from stress-related breakdowns on the track.