Newswise — During the COVID-19 pandemic, Johns Hopkins Medicine Media Relations is focused on disseminating current, accurate and useful information to the public via the media. As part of that effort, we are distributing our “COVID-19 Tip Sheet: Story Ideas from Johns Hopkins” every Tuesday throughout the duration of the outbreak.

We also want you to continue having access to the latest Johns Hopkins Medicine research achievements and clinical advances, so we are issuing a second tip sheet every Thursday, covering topics not related to COVID-19 or the SARS-CoV-2 virus.

Stories associated with journal publications provide a link to the paper. Interviews with the researchers featured may be arranged by contacting the media representatives listed.

For thousands of years, people have used psychedelic drugs found in plants, mushrooms and animals for spiritual and recreational purposes. One such chemical, N,N-dimethyltryptamine (DMT), creates intense and unusual experiences for up to 30 minutes when inhaled via smoking or vaping. These experiences often involve visions and changes in emotions and thinking, which are sometimes interpreted as feeling the compelling presence of another conscious entity such as an angel or even an alien.

In a study published in the May 7, 2020, issue of the Journal of Psychopharmacology, Johns Hopkins Medicine researchers reported results from an online survey of more than 2,500 participants who described their most memorable entity encounter experience after inhaling DMT. They found that 80% of respondents said their fundamental perception of reality was altered following this event. For those who declared themselves as atheists before the DMT entity encounter, more than half no longer claimed to be afterward.

“That we have the capacity and are biologically predisposed for these experiences with psychedelics suggests that this may be an evolutionarily conserved process in which we are wired to detect sentient others. Historically, such a predisposition would have a significant survival value in hostile environments,” says senior author Roland Griffiths, Ph.D., professor of psychiatry, behavioral sciences and neuroscience at the Johns Hopkins University School of Medicine and director of the Center for Psychedelic and Consciousness Research. “Finding out why we have these experiences and how people interpret them may lead us to a better understanding of the human condition and how we perceive reality.”

“Although we need to do more research in order to understand how these entity encounters exert positive changes in people’s lives, it’s possible that the metaphysical shock from questioning one's worldview occasioned by these vivid, unusual experiences may play an important role in the enduring positive life changes in attitudes, moods and behavior they inspire,” says lead author Alan Davis, Ph.D., a part-time adjunct assistant professor of psychiatry and behavioral sciences.

However, a small portion of participants (5% or less) reported negative and undesirable changes in mood, behavior or life satisfaction.

“We have to be cautious because we’re delving into experiences that appear on the psychotic end of the spectrum and there may be an unknown set of harms in certain susceptible people,” says Griffiths.

A recent randomized, multicenter study showed that a rare and lethal group of gastrointestinal cancers known as biliary tract cancers (BTCs) can be controlled in some patients with a combination of immunotherapy (a biological therapy that helps the immune system fight a malignancy) and targeted therapy (a drug that targets the specific genes, proteins or environmental factors allowing a cancer to grow and survive).

BTCs are aggressive cancers for which the standard treatment for most patients has not changed significantly in more than a decade.

The study was led by Nilofer Azad, M.D., associate professor of oncology, and Mark Yarchoan, M.D., assistant professor of oncology, at the Johns Hopkins Kimmel Cancer in collaboration with the National Cancer Institute and 23 cancer centers throughout the United States. Yarchoan presented the study findings “virtually” on April 28, 2020, at the annual meeting of the American Association for Cancer Research.

The study included 77 patients with advanced BTC, a cancer that occurs in the ducts that drain bile from the liver. Participants were ages 44 to 86, nearly two-thirds female, and could have received one or two prior treatments for BTC. Yarchoan and collaborators wanted to see if combining two drugs — one immunotherapy and one targeted therapy — resulted in improved anticancer activity in BTC. Patients were randomized into two different groups: 39 patients who received only the immunotherapy atezolizumab (a drug that releases the brakes on the immune response to cancer), and 38 patients who received atezolizumab in combination with cobimetinib (a drug that blocks a gene signaling pathway known to be overactive in BTC).

Progression-free survival (defined by the National Cancer Institute as “the length of time during and after the treatment of a cancer that a patient lives with it but it does not get worse”) in the combination therapy group was nearly double (111 days) that of those in the single treatment group (57 days). This difference was statistically significant.

“This is a challenging cancer, but the combination of atezolizumab with cobimetinib met its primary outcome and significantly prolonged progression-free survival as compared to atezolizumab. This combination warrants further clinical investigation,” says Yarchoan.

Although smoking tobacco is generally on the decline, electronic cigarette use is on the rise. Researchers at Johns Hopkins Medicine have been interested in vulnerable populations that might potentially be harmed by e-cigarette use, including pregnant women and their babies. As reported in the April 30, 2020, issue of the American Journal of Preventive Medicine, an analysis of a national database of more than 7,400 pregnant women in the United States found that this group is also increasing its use of e-cigarettes.

Pregnant e-cigarette users in general were more likely to participate in risky behaviors, such as using cannabis or drinking alcohol, when compared with pregnant women who didn’t use e-cigarettes.

“Many people are under the impression that vaping is safer than traditional smoking, and that seems likely to be the case with some pregnant women as well,” says Michael Blaha, M.D., M.P.H., professor of medicine at the Johns Hopkins University School of Medicine and director of the Ciccarone Center for the Prevention of Cardiovascular Disease. “We know that e-cigarette use may damage the lungs and may increase the risk of heart disease; however, we still don’t know yet the risk to unborn or newborn babies.”

As the data from this study is representative of the U.S. population, the researchers estimate that approximately 88,000 newborns are exposed yearly in the womb to e-cigarettes.

“Our data serves as justification for more research to examine the potential health effects of e-cigarette use in pregnancy on exposed newborns,” says lead author Olufunmilayo "Funmi" Obisesan, M.D., M.P.H., postdoctoral fellow at the Ciccarone Center. “The findings can inform progressive public health campaigns and clinical practice and could even help direct future regulations.”

Maternal death rates are on the rise due to women becoming pregnant at a later age when they have developed heart and vascular disease, and as people with congenital heart conditions survive into adulthood to have children of their own. Racial and economic disparities in health care also contribute to more than double the mortality rate in pregnant women of color compared to white women.

To better facilitate treatment for pregnant women with cardiovascular diseases, a working group composed of a Johns Hopkins Medicine physician and American Heart Association (AHA) experts have released a scientific statement that provides best practices for how to treat mothers with cardiovascular disease. The statement was published online on May 4, 2020, in the journal Circulation.

“Our hope by issuing this guidance is that improvements in care will lead to better outcomes for mothers and babies, as well as more lives saved,” says cardiologist Garima Sharma, M.D., assistant professor of medicine at the Johns Hopkins University School of Medicine. “Physicians and health care providers across many different specialties will need to work with primary care providers and cardiologists to coordinate their services to make a difference in the care that our mothers receive.”

The statement provides guidance based on existing scientific research for how to treat women who have preexisting conditions or newly developed conditions in pregnancy, such as heart valve disease, high blood pressure, high cholesterol, heart infections, irregular heartbeats, blocked arteries, blood clots, stroke or congenital heart disease. The statement lists what safety information is known about medications for treating specific conditions, when to counsel these high-risk patients and which experts need to be involved with them for the ultimate goal of improving care.

As adverse pregnancy outcomes such as preterm birth, gestational diabetes and high blood pressure during pregnancy (known as preeclampsia) are risk factors for cardiovascular disease, physicians should make a point to talk to their patients about how to mitigate risks and help them enact appropriate surveillance and lifestyle changes. 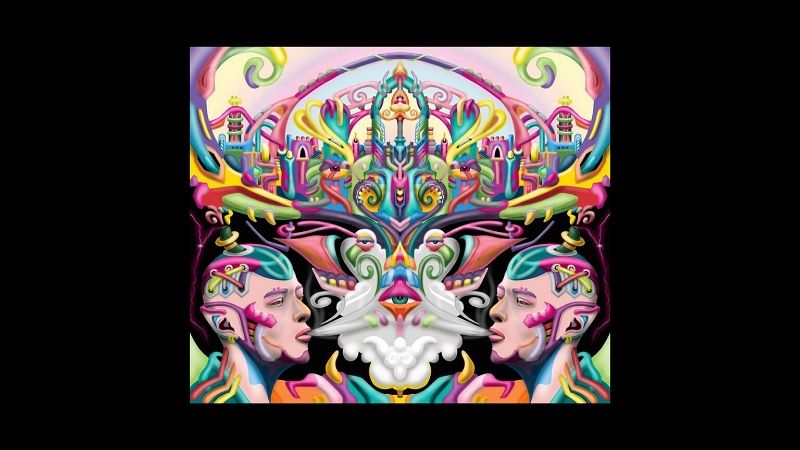 Credit: With permission of the artist

Caption: The painting “Intellectual Utopia” was done under the influence of the psychedelic dimethyltryptamine (DMT) by artist Ayjay. A study from Johns Hopkins Medicine reports that the drug may alter one’s fundamental perception of reality. 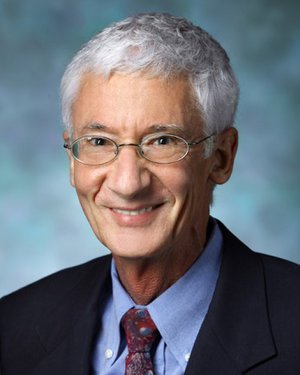