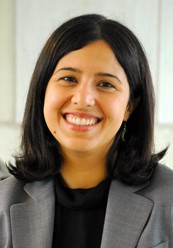 Newswise — AMES, Iowa – A team including an Iowa State University researcher studied Galveston, Texas, homes following Hurricane Ike, finding that the types of housing and homeowners – and how U.S. recovery policy handles each – played a major role in recovery outcomes.

Sara Hamideh, an assistant professor of community and regional planning whose research focuses on disaster resilience and recovery, said the team’s research shows the United States needs to change how it funds housing recovery. Hamideh is a corresponding author of the team’s peer-reviewed paper, which was published recently in Natural Hazards Review. She has expanded the original research to analyze housing recovery in other communities that have suffered from recent natural disasters.

“Housing is such a unifier because it’s so essential to economic, social and psychological recovery following a natural disaster,” Hamideh said.

Hurricane Ike in 2008 was one of the costliest hurricanes to hit the United States, causing $29.5 billion in damage to the Galveston and Houston areas.

Galveston, an island city with a significant tourist economy, was hit particularly hard and did not recover as quickly as other areas. Hamideh and her team looked at how the city’s owner-occupied, year-round homes – most of which are behind a seawall – recovered compared to seasonal vacation housing.

They found that traditional residential homes sustained less damage and were restored more quickly than vacation homes. This could be due in part to owner-occupied housing having greater access to recovery resources, and the owners deciding to repair and rebuild faster than absent owners of vacation housing.

In the team’s analysis of traditional, single-family housing located in areas that lean toward vacation homes, they found the former suffered less damage and recovered faster because the homes were built in accordance with stronger building codes, demonstrating “the effectiveness of mitigation for accelerating recovery.”

In a city like Galveston, the researchers say slow recovery for vacation homes “can hold back recovery of the local economy as well.

The team suggests that housing recovery policies account for the intricacies of a community: various types of housing, decision-making tendencies of different owners and social vulnerability factors.

“Our current system of funding disaster recovery is geared toward mostly helping people who are in a good state already, such as owner-occupied, single-family homes,” Hamideh said. “This research shows we have to invest a lot more in recovery for rental occupancy homes, particularly in neighborhoods that have higher social vulnerability factors.”