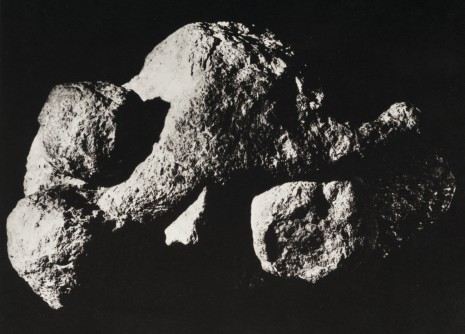 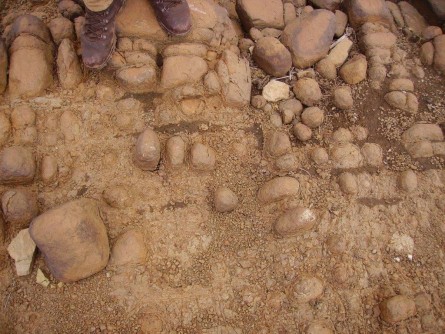 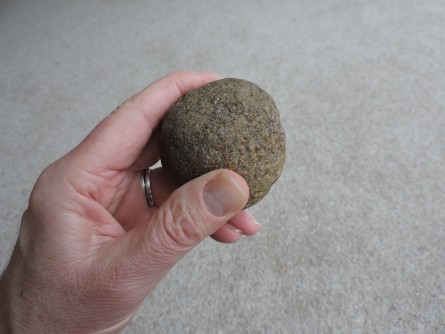 The research, published in the latest edition of Scientific Reports, shows that stone objects collected by prehistoric humans could inflict considerable damage to large animals over distances of up to 25 metres.

Using research on the perception of affordances (the possibility of an action on an object or environment) for maximum distance and therefore maximum speed and damage throwing, the researchers simulated the projectile motions the spheroids would undergo if thrown by an expert. These simulations were then used to estimate the probability of these projectiles causing damage to a medium-sized prey animal such as an impala. The researchers found that 81% of the stones analysed could have inflicted worthwhile damage over distances of up to 25 metres.

Previous research has suggested that the spheroids were used as percussive tools for shaping or grinding other materials; however most of the objects analysed by the team had weights that produce optimal levels of damage from throwing, rather than simply being as heavy as possible. This suggests that they could have been selected by Stone Age hunters to be used as projectile weapons.

Dr Andrew Wilson explained: “Whilst other animals have been known to throw objects on occasion, none can match the speed, accuracy and distances that a trained human can achieve. Humans are uniquely specialised for throwing, both anatomically and psychologically. Throwing has played a vital role in our evolutionary past, enabling us both to hunt prey and to compete with other carnivores to scavenge carcasses. The ability to damage or kill prey at a distance not only expands the range of foods available, but also reduces the risk of close confrontation with dangerous prey.

“Before the development of throwing spears, our ancestors were faced with the task of finding and using objects suitable for hunting and defence. Imagine a human, searching for an object to throw so as to cause the most damage possible to a prey animal or a competitor. Their job is to find an object of an optimum size and weight: large and heavy enough to fly far and cause damage, but not too large or heavy as to interfere with producing the high speed throw required for distance and damage. This is a perceptual task: the person needs to perceive throwing-relevant affordance properties of objects and be able to discriminate between objects that vary in those properties. Other research has shown modern humans to be exceptionally good at this task.

“This study applies research about how modern humans perceive the throwing affordances of objects, to provide a mathematical analysis of the stones found at the Cave of Hearths and evaluate the of these objects as projectiles for throwing.”

Professor Larry Barham, Department of Archaeology, Classics and Egyptology at the University of Liverpool, added: “Archaeologists have long puzzled over what these round stones were used for – they’re about the size of a tennis ball but much heavier. This study shows that they are good hunting weapons when thrown overhand, and we know early humans could throw with power and accuracy. [Their upper body anatomy was much like ours.] The artefacts in this study were carried to the cave which suggests these people selected the stones for their size, shape and weight. Our modelling shows that these stones could have been used for hunting and that’s an important piece of information given these ancestors lived before the invention of spears or the bow and arrow.”

Professor Geoffrey Bingham added: “The ability to throw great distances was not a small thing: it was how we got lunch. We are the only animals — and even the only primates — with that talent. Our research suggests that the throwing of stones played a key role in the evolution of hunting before the development of spears. We don’t think that throwing is the sole or even primary function of spheroids, but these results show that this function is an option that warrants reconsidering as a potential use for this long-lived, multi-purpose tool.”

Scientific Reports is an online, open access journal from the publishers of Nature. To view the full paper visit - www.nature.com/articles/srep30614 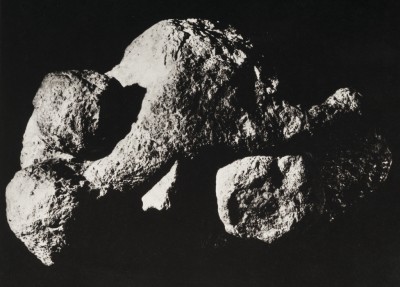 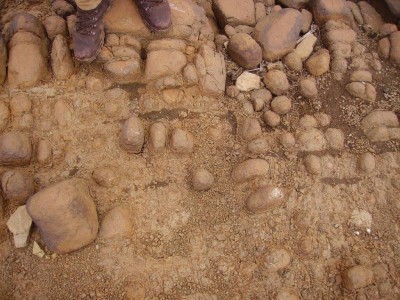 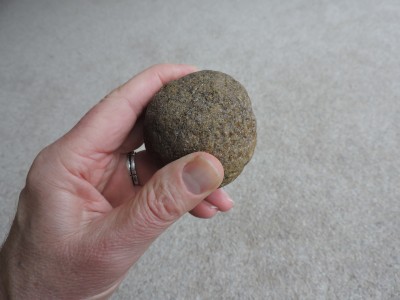