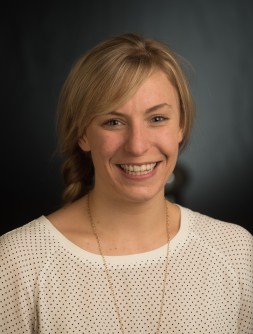 Newswise — SPOKANE, Wash. – New research from Sarah Arpin, assistant professor of psychology at Gonzaga University, concludes that partners who share good news, and believe their partners are receptive and supportive, sleep better. This is likely correlated to a decrease in loneliness and improved overall health, noted Arpin, who presented her research on military couples and relational health at the 2017 Society for Personality and Social Psychology Annual Convention in late January.

“Your perception of how responsive the listener is really makes a difference,” she said.

Arpin was a research assistant on the project during her graduate studies in applied social psychology at Portland State University. While working on the project, she assisted her doctoral adviser, Professor Cynthia Mohr, in the design and implementation of the Daily Family Study, a project within the five-year Study for the Employment Retention of Veterans (SERVe), funded by the U.S. Department of Defense.

The researchers asked former and active-duty service members and their spouses, or romantic partners, to take a daily survey for 32 days. Questions related to sharing positive experiences and their partners’ responsiveness. Arpin described the project as a “pre-intervention baseline assessment.”

“It was a very time-intensive project involving a team of talented researchers for five years,” Arpin said.

The project’s diverse sample also included members of the Army Reserve and National Guard who had served since Sept. 11, 2001. Eighty-eight percent of participants were married and 12 percent were cohabitating.

Arpin and colleagues plan to submit their paper for publication this spring.

Meantime, Arpin is interested in exploring the study’s findings in more depth, including the types of positive events shared, the effects on loneliness and intimacy the next day, and the impact of sleep quality on responsiveness. In the future, she hopes to extend her work on loneliness, particularly in couples dealing with stressors like those in the study.

“There may be feelings of loneliness as a result of stress even though your loved one has come from duty and you’re together again,” she said. “If you have one person that’s really lonely, is that contagious for the other person? That’s something I’d really like to know.”

A seminar class she teaches at Gonzaga studies social relationships and health, focusing on experiences of individuals in marginalized and minority groups for much of the course. This work relates to Gonzaga’s Jesuit and Catholic mission and its commitment to social justice, Arpin said.

“As an applied social psychologist, one of my main goals is to use research findings that we may have to address larger social issues,” she said.