Research sheds light on the evolutionary puzzle of coupling 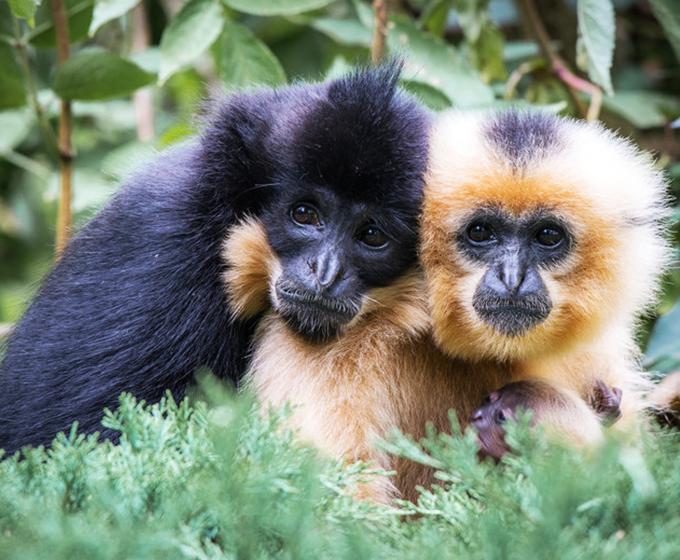 UTSA and German collaborators have discovered that, whether in a pair or in groups, success in primate social systems may also provide insight into organization of human social life.

Newswise — A UTSA researcher has discovered that, whether in a pair or in groups, success in primate social systems may also provide insight into organization of human social life.

Assistant professor Luca Pozzi in UTSA's Department of Anthropology in collaboration with Peter Kappeler, a colleague at the German Primate Center-Leibniz Institute for Primate Research, investigated how different primate societies evolved and which factors may be responsible for transitions among them.

Their reconstructions showed that the evolution from a solitary way of life to group living usually occurred via pair living. Pair living thus served as a stepping stone for group living and therefore plays a key role in the evolution of social systems.

In the course of evolution, species had to adapt to changing environmental conditions, according to Pozzi. A crucial adaptation in this process is the modification of social behavior. About half of all primate species live in groups and around one third in pairs; the rest live solitarily.

Why these different forms of social complexity evolved, how many transitions among them occurred and which factors led to the transitions was analyzed on the basis of genetic data and behavioral observations of 362 primate species.

"Living as a pair represents an evolutionary puzzle in the evolution of mammalian social systems because males could achieve higher rates of reproduction if they did not bond to a single female," says Pozzi.

Yet evolutionary biologists still struggle to find the advantages of pair living for males, according to Peter Kappeler, who is one of the lead researchers of the study.

At first glance the two current hypotheses on the development of pair living--the female distribution hypothesis and the paternal care hypothesis--seem to be mutually exclusive.

Yet results in this work indicate that the two factors may be complementary. Initially it was believed that an ecological change in the habitat led to female spatial separation and that solitary males, which previously had several females living in their territory, were subsequently only able to gain access to one female. Paternal care resulting from the pair formation in turn increased the survival probability of the offspring and thus reinforced pair living.

The further transition to group living was possible through an improvement of the ecological situation, which allowed related females to live in close proximity. These could then be joined by one or more males.

"However, the pair bond typical for humans within larger social units cannot be explained with our results, since none of our recent ancestors lived solitarily. Nevertheless, the advantages of paternal care also may have led to a consolidation of pair living in humans," said Kappeler.

The research, "Evolutionary transitions towards pair living in non-human primates as stepping stones towards more complex societies," was published in the December issue of Science Advances.

"The evolution of complex social systems in mammals, and more specifically in primates, is a challenging and exciting area of research. Our study shows that pair living--although rare--might have played a critical role in it," says Pozzi.