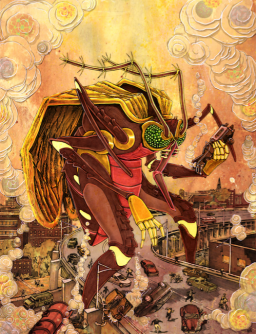 Newswise — LAWRENCE — Rest easy, folks. Armies of genetically modified super-species are unlikely to conquer Earth anytime soon. In a paper recently appearing in the journal Genetics, a University of Kansas researcher and colleagues from Cornell University have revealed daunting challenges to changing the DNA of entire populations of species via the most promising techniques available today to produce “gene drive.” For decades, scientists have proposed various methods of genetically altering natural populations to solve problems that plague human beings. “A lot of times nature interferes with how humans would like the world to be,” said lead author Robert Unckless, assistant professor of molecular biosciences at KU. “Good examples of that are pests in crops and insect-vectored diseases, like the Zika virus or dengue or malaria.” Discussions of modifying specific genes at the population level had been mostly theoretical, because genetic edits pushed through a population also tended to have a “fitness cost,” decreasing the life span of altered individuals, or rendering them sterile. So natural selection favors individuals lacking modified genes and purges a given genetic alteration within a population within a few generations. But scientists gained a new edge with the advent of techniques using “selfish genes” that take advantage of natural elements to cheat genetic “Mendelian inheritance” — whereby offspring of modified and nonmodified organisms are just as likely to inherit traits from either parent — and overcome the fitness cost. “There are several examples of selfish genetic elements that cheat Mendelian laws, so instead of 50 percent chance of a modified gene transferring to offspring, they have an 80 or 90 percent chance,” said Unckless. “By doing that they spread through a population much more quickly.” The KU researcher said by tying the mutation for shorter lifespan, or resistance to dengue fever in mosquitoes, for example, to one of these selfish genetic elements that can drive through populations, scientists found a way to overcome fitness cost. “It’s compensated for by the Mendelian cheating going on, so you can spread it through a population. It’s known as it ‘gene drive.’”

Unckless said despite its promise, the approach “more or less stalled out” until two years ago when researchers in California incorporated CRISPR/Cas9 into their gene drive constructs. Suddenly, dreams of creating super mosquitoes to eradicate disease were alive again. “This gene drive idea, CRISPR/Cas9, in nature is a bacterial immune defense system — but it’s been co-opted in genetics labs all over the world to target particular sequences and create mutations of those sequences,” he said. The KU researcher said the CRISPR/Cas9 approach identifies a targeted genetic sequence and creates a mutation there — inserting itself as the genetic mechanism of that sequence of DNA. “So science has now created a mechanism to recognize a sequence, cut it and insert the genetic material that we want,” Unckless said. “That might include the CRISPR/Cas9 machinery but also a new gene that provides resistance to dengue fever in the mosquito, for example, so the two spread together. In only a handful of generations you go from having almost no copies of the mutation in the population to it being ‘fixed’ so every individual in the population has it — at least that was the simple theory.”Yet, faced with the new and sophisticated CRISPR/Cas9 method of gene drive, nature is still likely to fight back to resist the mutation successfully, Unckless said. “We expect that resistance alleles will pop up either before the drive can spread, or after the drive spreads, and eventually replace the drive,” he said. “If your goal is to get resistance to dengue into the population, you might do that — and it might persist for a few generation or a few hundred generations — but then it decays and leaves behind resistance alleles.”

In the new Genetics paper, Unckless and co-authors Andrew Clark and Philipp Messer of Cornell used mathematical modeling to calculate the likelihood of this resistance evolving, which hadn’t been performed previously. They show nature still has the edge over scientists hoping to solve human problems with GM organisms. “Basically, looking at the numbers and assuming a simple gene drive system, it’s a foregone conclusion that resistance will evolve,” Unckless said. “That’s the main idea. We argue resistance could be thought of as a good thing — if we know it’s going to evolve, we can plan around it, and understand a gene drive is a temporary solution. Say we know the half-life of this genetic solution is x number of generations, we can monitor it and as resistance starts to evolve we can create a new one.” Unckless said CRISPR/Cas9 creates a double-strand break of DNA, which the organism repairs via one of two methods, known as “nonhomologous end joining” (NHEJ) and “homology-directed repair.” “If you had to fix your car because you knew a piece of the engine was missing, and your solution was ‘I’m going to just take connect pieces in a random way — that’s NHEJ,” he said. “Obviously that doesn’t work most of the time. On the other hand, there’s homology-directed repair. It uses a template, which is usually another chromosome — because there’s usually two copies. It’s like the perfect template for repairing your 2007 Honda Civic. You go to your neighbor who has the same car and compare them and say, ‘That’s what’s wrong and you fix it based on that.” But organisms use both NHEJ and homology-directed repair. For a CRISPR/Cas9 gene drive to be most effective, it must be “tuned” toward homology-directed repair. “If you don’t, NHEJ is going to screw things up because it creates resistance alleles,” Unckless said. The researchers conclude that, like other attempts to manipulate populations, gene drive is likely to lead to resistance alleles. However, with this known, scientists can prepare appropriately for a dynamic gene drive system with new constructs responding to the appearance of resistance alleles. “You need to monitor gene drive,” he said. “As you see resistance come up you introduce something new that will overcome resistance.”