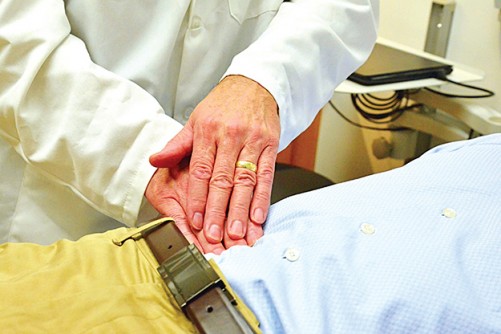 Dr. Marc D. Basson, a medical researcher at the UND School of Medicine and Health Sciences, led a team that published an article, titled “Colonoscopy is associated with increased risk of appendicitis,” published in October by JAMA Surgery, the surgical offshoot of the Journal of the American Medical Association. Image courtesy of UND SMHS. 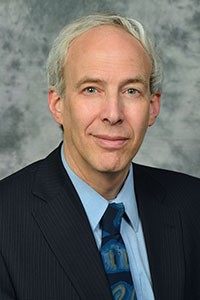 Newswise — Although the incidence of appendicitis in the United States has been in decline for many years, the condition still affects approximately seven percent of Americans annually. And for researchers studying the organ, new questions are emerging about how the environment, lifestyle or genetics of this small cohort of patients might predispose them to appendicitis even as it becomes less common.

Researchers at the UND School of Medicine and Health Sciences (SMHS) are exploring such questions too—and coming up with novel answers.

“A number of my patients had undergone colonoscopies by different providers. Then I saw these patients and they had appendicitis, some within a couple of days of the colonoscopy,” explained Dr. Marc D. Basson, senior associate dean for Medicine and Research at the UND School of Medicine & Health Sciences. “And the patient would ask something like, ‘Gosh, did the colonoscopist do something wrong—why do I have appendicitis now?’ But since both colonoscopy and appendicitis are common things, the question became: is there a real correlation here, or are these two random events that were just occurring together by chance?”

To answer that question, Basson and a team of colleagues, which includes Dr. William P. Newman, chair emeritus of the SMHS Department of Internal Medicine, and Dr. Daniel Persinger, a surgical resident at the time the research was performed and currently an SMHS junior faculty member in surgery, got to work.

The result of that work was the article “Colonoscopy is associated with increased risk of appendicitis,” published in October by JAMA Surgery, the surgical offshoot of the Journal of the American Medical Association.

As it turns out, writes Basson’s team, there is evidence to suggest that colonoscopy can “prompt” appendicitis up to one week after colonoscopy, in at least certain patients.

Because drawing such a conclusion required access to a large amount of data in order to achieve statistical significance, Basson and his team turned to the Fargo Veterans Administration (VA) Healthcare System for access to Veterans Administration national data, which identified nearly 400,000 veterans across the United States who had experienced screening colonoscopy between January 2009 and June 2014, and whose incidence of subsequent procedures could be tracked.

“Depending on how you ask the question, it turns out that the rate of appendicitis and appendectomy in the first week after a colonoscopy was at least fourfold higher compared to these patients’ next 51 weeks,” Basson added, noting that the research accounted for differences in the coding of procedures and other discrepancies in the administrative data. “By some measures the increase was 12 fold.”

Although the reasons why colonoscopy increases the risk of appendicitis remain unclear, the article offers some theories, including asking if bacteria within the colon are altered as the bowel is prepared prior to colonoscopy in ways that increase the likelihood of inflammation, or if the increased air pressure caused by colonoscopy may have effects on the colonic mucosa that can predispose people to appendicitis.

Despite the paper’s significant findings, Basson urged patients not to draw the wrong conclusions: “To be clear, this is not to say that colonoscopy isn’t safe or that people should be afraid to have the procedure. Colonoscopy is valuable and the appendicitis rate is still very, very low—so low that we wouldn’t even have been able to define this increased risk without this huge dataset,” he explained. “But it is good to know that this is real, because this wasn’t known before. This opens up a new area of investigation, and now we can begin to ask questions about why this is happening. In addition, we can now have a higher index of suspicion for appendicitis in patients who have right-lower abdominal pain after colonoscopy, which may lead to earlier diagnoses.”

The bottom line of this study, says Dr. Basson, is that researchers have more work to do.

“My hope is that this study will spur more conversation, more studies, so we can learn more about all of this,” he concludes. “There’s clearly more going on biologically with the appendix than we thought there was 100 years ago.”

This article first appeared in the Holiday 2017 issue of North Dakota Medicine magazine.