Findings could change the scope of heart disease detection, treatment for millions 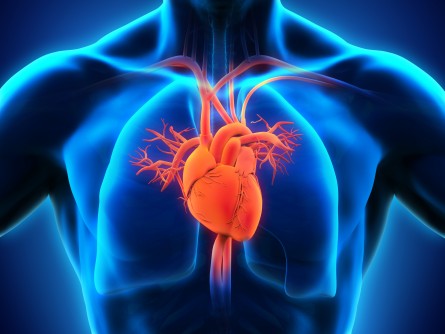 Newswise — Medical professionals have long known that the buildup of plaque in arteries can cause them to narrow and harden, potentially leading to a whole host of health problems — including heart attack, heart disease and stroke. While high blood pressure and artery stiffness are often associated with plaque buildup, new research from engineers at Washington University in St. Louis shows they are not the direct causes.

The team suggests a new culprit: fragmentation of elastic fibers within the arterial wall. The findings, recently published online in the journal Atherosclerosis, could change the scope of heart disease detection and treatment for millions of Americans.

“Our surprising results suggest that treating patients for hypertension and arterial stiffness may have no effect on plaque buildup because we are not treating the underlying defect of elastic fiber fragmentation,” said Jessica Wagenseil, associate professor of Mechanical Engineering & Materials Science in the School of Engineering & Applied Science.

Wagenseil’s team hypothesized the mice with the genetic heart issues would have more plaque buildup than the group without. However, their findings proved that hypothesis wrong.

After extensive testing, the team could detect no significant differences in plaque buildup between the two groups of mice. That led them to explore a third factor not typically associated with plaque accumulation: the structure of elastic fibers within the arterial wall.

In editorial remarks in Atherosclerosis about the research, field experts Laura Hansen and W. Robert Taylor said Wagenseil’s findings “suggest a paradigm shift” in the way researchers think about risk factors for plaque buildup, and the strategies for better treatment options.

The idea that increased artery stiffness is a consequence of plaque buildup, as opposed to a cause of it, as suggested by Wagenseil’s findings, offers a different approach in the study of heart disease. It also could lead to a re-examination of the relationship between increased plaque and diet, exercise and other lifestyle choices commonly associated with artery health.

“Elastic fiber fragmentation is likely a key player in plaque buildup,” Wagenseil said. “The next step is to determine how fragmentation affects the movement and activation of molecules and cells that are involved in plaque formation.”

Wagenseil is available for interviews and may be reached at Jessica.wagenseil@wustl.edu.