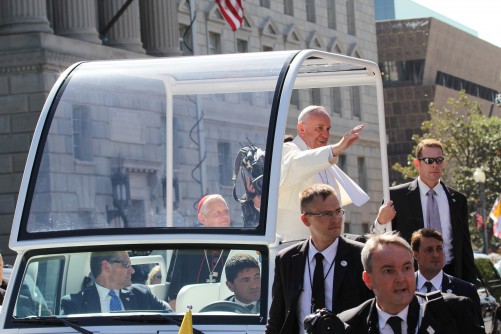 Newswise — A research study from Queen’s University Belfast has revealed that the majority of Irish people believe that Pope Francis did not do enough to address clerical abuse during his recent papal visit to Ireland.

Pope Francis made his first papal visit to Ireland in August 2018 for the World Meeting of Families.

Just 30 per cent of Irish people believe that the pope did enough to address clerical abuse. Practising Catholics, defined as those who attend religious services at least once a month, differed from the rest of the population with 50 per cent stating that they believed Pope Francis had gone far enough to address abuse.

The research was conducted in the form of a survey designed by Dr Gladys Ganiel, Research Fellow from the Senator George J. Mitchell Institute for Global Peace, Security and Justice at Queen’s.

840 respondents took part in the survey, which was carried out as part of market research agency Amárach’s monthly omnibus survey in the Republic of Ireland, mid-to-late September 2018. 64 per cent of respondents in the survey identified themselves as Catholic.

Speaking about the findings, Dr Ganiel said: “Francis’ visit to Ireland has revealed a lot about how people in Ireland think about the Catholic Church. Even a pope as popular as Francis cannot distract from the widespread dismay about the way that the Church has handled clerical sexual abuse.

“At the same time, this survey shows clear evidence that Francis’ pontificate has had a positive impact on a significant minority of people’s perceptions of the Catholic Church, both since his visit to Ireland and since he became pope in 2013.”

The additional key findings include:

For practicing Catholics, 39 per cent said the main reason as to why they did not attend any of the events was because the travel/walk was too difficult, 22 per said they were not interested and 18 per cent said they disagreed with how the Church has handled abuse.

“For all the respondents except practising Catholics, indifference seems to have trumped anger about abuse as a reason for not attending – although abuse is still the next most significant factor,” Dr Ganiel added.

For more information on the entire survey, please visit: http://qpol.qub.ac.uk/wp-content/uploads/2018/10/Gladys-Ganiel-Paper-on-Pope-Francis.pdf