New research published in the journal Nature Climate Change is among the first compelling evidence that such face-to-face serious games can foster social learning and cultivate shifts in people’s perspectives and attitudes about complex public policy and planning issues, such as climate change adaptation 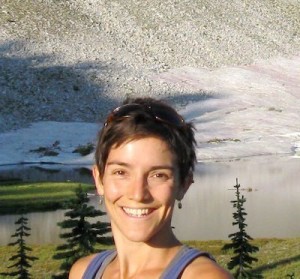 Newswise — Could turning climate change into a game inspire communities to seriously consider climate change risks and what they need to do to adapt?

Danya Rumore, who holds a joint appointment at the University of Utah as associate director of the S.J. Quinney College of Law’s Environmental Dispute Resolution Program and as a research assistant professor at the Department of City and Metropolitan Planning, took on that research question with colleagues Lawrence Susskind and Todd Schenk.

The trio published their findings recently in Nature Climate Change, a leading peer-reviewed journal publishing physical and social science research on climate change. Their article, titled “Role-play simulations for climate change adaptation education and engagement” reports on two research projects that tested the use of role-play simulations —which are a type of face-to-face experiential learning exercise (or “serious game”) — as a way to help stakeholders and communities become more aware of the climate change-related risks they face and initiate conversations about whether and how to adapt.

Rumore’s research, which was conducted while she was a Ph.D student at MIT (but continues in related fields since her arrival at the University of Utah), engaged more than 500 people in four different New England towns and cities in playing role-play simulations that were tailored for their respective towns (and which included real, downscaled climate change projections for their town).

Each simulation was designed to addresses the primary climate change risks for the town, to convey real-world climate change projections for that location, and to reflect local political dynamics. For example, the simulation for the Town of Wells, Maine, takes participants to the hypothetical Town of Launton. Like Wells, Launton is a small, beachfront town that is largely reliant on summer tourism for its economy and faces increasing risk from coastal storms and sea level rise. Participants assume one of six stakeholder roles—the town councilor, the local planner, the emergency management director, a regional land trust representative, a local chamber of commerce representative, or a coastal neighborhood association representative. Taking on an assigned role and related interests, participants have an hour to figure out how to take scientific climate projections and varying stakeholder perspectives into account to decide what the town of Launton should do to prepare for increasing risk of coastal storms and flooding.

Rumore explained that the goal in engaging participants in playing these simulations was to help them suspend prior assumptions and judgments and to engage openly with a scenario and set of roles that are relevant, realistic, and representative for each site. The theory behind this approach is that creating a safe space and playful environment for people to engage with new ideas and challenging concepts and to learn with and from each other can help shift attitudes, perspectives, and mental models.Through engaging stakeholders and community members in these simulations and collecting data via questionnaires, interviews, and observation, Rumore and her colleagues have demonstrated that such exercises can be effective tools for raising awareness and concern about local climate change risks, as well as potentially for initiating local adaptation action.

The research is among the first compelling evidence that such face-to-face serious games can foster social learning and cultivate shifts in people’s perspectives and attitudes about complex public policy and planning issues, such as climate change adaptation, said Rumore.

“We hope this work catalyzes greater interest in and use of face-to-face serious games as a way to help raise awareness about public climate change risks and to build support for adaptation action,” she said.

Rumore’s research comes at a time when climate change is creating a variety of risks for communities throughout United State and globally, with potential impacts ranging from more severe and more frequent flooding and heat events, to reduced snowpack and increased drought. Such changes will have significant impacts on human and environmental health, she said.

She noted that while there is considerable scientific consensus that the climate is changing – and 2016 is currently on track to surpass 2015 as for the hottest year on record – very few cities and towns have taken meaningful action to prepare for and adapt to climate change-related risks. Instead, most communities continue to plan and build infrastructure as if the future climate were going to be the same as the past climate. As a result, they are often making themselves even more vulnerable to climate change’s effects, such as by allowing continued development in areas that will become increasingly flood or drought prone.

She’s hopeful the new research will bring greater awareness to the need for continued conversation in communities about adapting practices because of climate change.More information about the subject is available in a recent book that Rumore co-authored, Managing Climate Change Risks in Coastal Communities: Strategies for Engagement, Readiness and Adaptation