Research with Zebrafish May Lead to Treatment for Blinding Disorders, Including Glaucoma 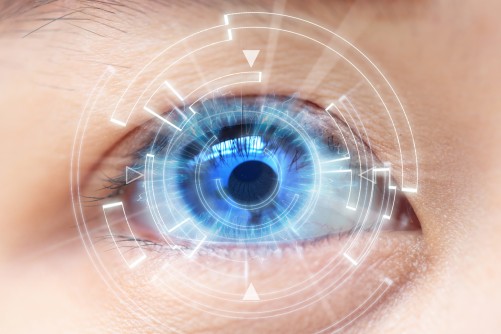 Famulski and his team will study the anterior segment of the eye (which includes the cornea, iris, ciliary muscle, drainage canals and pupil).

Newswise — LEXINGTON, Ky. (Feb. 15, 2018) — Jakub Famulski, an assistant professor of biology in the University of Kentucky College of Arts and Sciences, has received a grant for over $1.8 million from the National Institutes of Health to study the early formation of the anterior segment of the eye. The research has the potential to lead to more treatment options for patients with blinding disorders.

The Research Project Grant (R01), "Comprehensive analysis of periocular mesenchyme composition, specification, and function during anterior segment formation," will be funded by the National Eye Institute over the next five years. Famulski and his team will study the anterior segment of the eye (which includes the cornea, iris, ciliary muscle, drainage canals and pupil) which is critical for collecting and projecting light onto the back of the eye. Deficiencies in these tissues are considered anterior segment dysgenesis (ASD) blinding disorders, and the tissues are also a critical regulator of intraocular pressure, a major indicator for glaucoma.

Famulski and his team will use the embryos of zebrafish to study the very early development of these critical visual components.

"Zebrafish eyes follow a highly-conserved path of development with that of humans and are an excellent system for studying early embryonic development of the visual system," Famulski said.

The project will center on three main goals:

"More than 50 percent of ASD cases have no definitive genetic explanation and we hope our work will lower that number in order to give clinicians more treatment or counseling options," Famulski said.