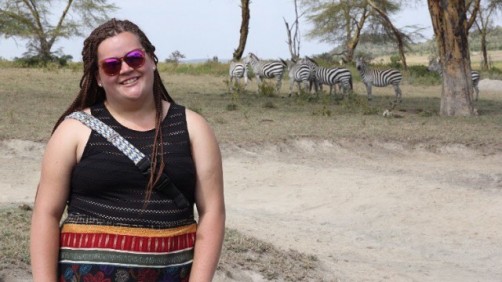 Newswise — EVANSTON - Music started Northwestern University junior Hannah Whitehouse on a path that will take her across the globe to England, Kenya, India, the Philippines and New Zealand on a research mission this summer.

This year's recipient of the Circumnavigators Travel-Study Grant, Whitehouse plans to study El Sistema, a rigorous model of music education that originated in Venezuela in the 1970s and has since spread across the globe to provide education to low-income children through hundreds of free programs.

“I discovered my path and passion through the study of music,” said Whitehouse, a violist and dual degree student in the School of Education and Social Policy and Bienen School of Music.

“In high school, I had the support and resources I needed to become a musician, and I believe all children deserve that opportunity,” she said. “In addition to music education, El Sistema provides disadvantaged children structure and a tightknit community.”

El Sistema, which translates to “The System,” is a philosophy that promotes child development through the rigors and rewards of orchestral music instruction. It has inspired more than 60 programs in the U.S.

But almost 50 years after its creation, there is still a great deal of dispute regarding El Sistema’s efficacy and the way the programs affect targeted communities.

Through her research, Whitehouse hopes to learn how the El Sistema philosophy manifests itself in each of the five communities she plans to visit and establish best practices. Whitehouse plans to observe rehearsals, lessons and faculty meetings and interview founders, administrators and families involved with several programs, including Sistema England, Ghetto Classics in Kenya, Music4All in New Delhi and Sistema for the Filipino Youth in Manila.

“My goal is to learn more about best practices in order to advocate for more cultural understanding and ultimately promote global social change through music,” she said.

Whitehouse also intends to bring her findings back to Chicago, where she works with an El Sistema-inspired program offered through the People’s Music School.

Funded jointly by Northwestern’s Office of Undergraduate Research and the Chicago Chapter of the Circumnavigators Club, the annual $9,000 award helps one student spend the summer traveling the world and researching a topic of his or her choice.

“This research travel-study grant will allow me to further solidify the connection between my two degrees, explaining the intersection of music education and its impact on the lives of marginalized communities around the globe,” Whitehouse said.