Newswise — MORGANTOWN, W.Va. – West Virginia University could be at the forefront of solving a $57 billion pollution problem and finding new ways to transform forestry waste into a cash crop for the state and region.

Kaushlendra Singh, associate professor of wood science and technology in the Davis College of Agriculture, Natural Resources and Design, is leading a multidisciplinary research team to develop innovative biochar, a specialized form of charcoal that can be used to improve soil quality. It is produced by heating organic matter, such as wood chips or pine needles, to high temperatures under controlled conditions.

While the practice of using biochar as a soil amendment isn’t necessarily new, the approach that Singh and his team are taking is.

“The motivation behind the project was the pollution coming out of the agriculture landscape, particularly nitrogen and phosphorous, and going into the surface and subsurface water,” Singh said. “And it comes from the other landscapes, like our lawns, as well. We apply fertilizer and it drains into the river, making it all the way to the Chesapeake Bay.”

According to Singh, the runoff and leaching of excess nutrients from agricultural soils is significant, accounting for roughly 83 percent of nitrogen and phosphorous pollution. Consequently, the U.S. spends billions each year to address these issues, with $24 billion spent through the 2008 Farm Bill, and $57 billion allocated in the 2014 Farm Bill.

As the project’s primary investigator, Singh’s role is to produce three different types of biochar using two hard woods and one soft wood. Prior to heating the wood, or carbonizing it, Singh will infuse it with magnesium salts, resulting in magnesium-rich biochar. This step is a critical part of the process.

“We hope that when we try to capture the nutrients on the magnesium-rich salt, it will not only adsorb those nutrients, but react with them,” he said.

That reaction will create struvite crystals, which don’t dissolve in water. So when it rains, the crystals, which contain the nutrients, won’t wash into our water systems. Instead, the nutrients can stay in the soil for a longer period of time, making them available for the next generation of crops.

Because each type of wood varies in pore distribution and size, Singh and his team hope to learn where in the biochar structure the struvite crystals are being formed.

“Knowing if there is a particular site where this phenomena happens more than others will be new information,” he explained. “And once we know that, we can work to maximize those locations.”

West Virginia and the northeastern region have the potential to sustainably generate nearly 1.3 million tons of biochar per year. So, in addition to developing a sustainable solution for the environment, Singh and his team could be carving out a niche in the forestry biomass market.

The project is being supported by a grant from the USDA Northeast Regional Sun Grant Center, and working with Singh are three co-investigators from various parts of the country:

While Singh’s efforts are focused on the first phase of the project, he’s already planning for the future.

“Hopefully, we’ll gain some basic scientific information about the capture and struvite crystal formation processes and the reavailability of nutrients for the next generation of plants,” he said. 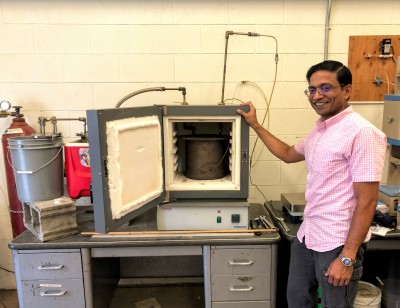 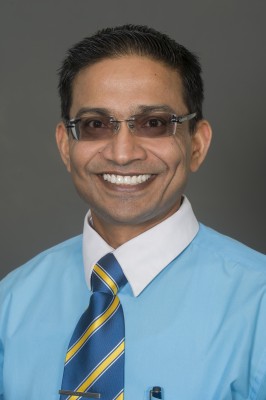