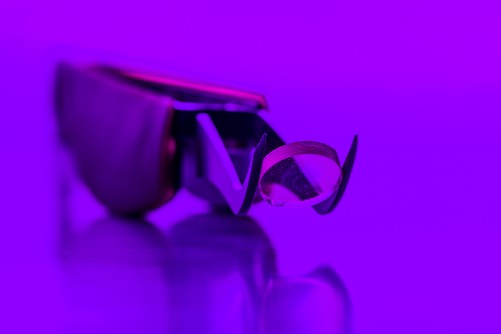 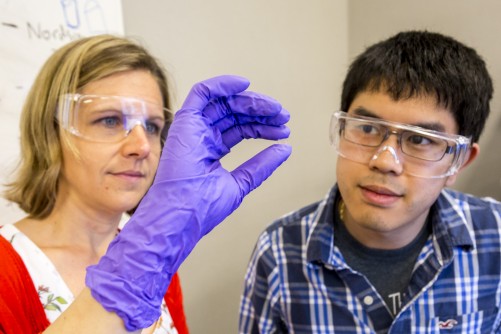 LLNL researchers, along with academic collaborators, have reported the synthesis of 3D printed transparent glass components using a “slurry” of silica particles extruded through a direct-ink writing process.

Newswise — Lawrence Livermore National Lab scientists and academic collaborators have demonstrated the synthesis of transparent glass through 3D printing, a development that could ultimately lead to altering the design and structure of lasers and other devices that incorporate optics.

A team of LLNL researchers, along with scientists from the University of Minnesota and Oklahoma State University, report the creation of 3D printed transparent glass components in the latest issue of Advanced Materials, published online on April 28. In the paper, the researchers describe a 3D printing technique enabling glass structures and composition gradients previously impossible through conventional manufacturing processes.

“The Lab is always looking for different ways to create new materials for optical applications,” said LLNL chemical engineer and project lead Rebecca Dylla-Spears. “We’re not going to replace the optical materials made through traditional means, but we’re trying to impart new functionality using additive manufacturing. This is the first step to being able to print compositionally graded glass optics.”

Other research institutions have shown 3D printing of glass is possible, however prior demonstrations have involved extruding molten glass filaments through a heated print-head or using lasers to selectively melt and fuse glass powders. With these methods, the powders and filaments don’t fully meld together in the short times they are heated during the printing process, researchers said, which leads to porous or non-uniform structures that would not be suitable for optical applications.

Lawrence Livermore’s approach does not rely on printing molten glass; instead the researchers create custom inks that are formed from concentrated suspensions of glass particles with highly controlled flow properties so they can be printed at room temperature. The printed components then undergo a carefully designed thermal treatment to densify the parts and remove evidence of the printing process. Finally, the processed parts are given an optical quality polish. Researchers said the approach improves the odds of achieving optical uniformity.

“For printing high-quality optics, you shouldn’t be able to see any pores and lines, they have to be transparent,” said LLNL materials engineer Du Nguyen, who went through numerous mixtures of materials before finding the right combination. “Once we got a general formulation to work, we were able to tweak it so the material could merge during the printing process. Most other groups that have printed glass melt the glass first and cool it down later, which has the potential for residual stress and cracking. Because we print at room temperature, that’s less of an issue.”

LLNL’s method uses a “slurry” of silica particles extruded through a direct-ink writing process. The printed product comes out opaque, but after drying and heat treatment becomes transparent. In contrast to 3D printing with molten glass, the researchers state, the approach doesn’t require high temperatures during printing, thereby allowing for higher resolution features.

“This was a major first step because there’s been no demonstration of dense and transparent 3D printed glass structures using this printing approach [extrusion],” Dylla-Spears said. “We’re on our way to 3D printed glass optics.”

The research could allow scientists to print glass that incorporates different refractive indices in a single flat optic, as opposed to the special shapes that are required for constant composition glasses to achieve similar lensing characteristics. Due to the ability to program the composition, Nguyen said, printed components would be easier and cheaper to finish.

“Polishing complex or aspheric lenses is pretty labor-intensive and requires a lot of skill, but polishing a flat surface is much easier,” Nguyen said. "By controlling the refractive index in the printed parts, you alter the bending of light, which enables a lens that could be polished flat.”

Rather than replace traditional optics, researchers said they want to explore new applications with composition gradients that don’t currently exist on the market today. Designing for novel optical components instead of using off-the-shelf optics could potentially reduce the size, weight or cost of optics systems.

“Optical fabrication research and development is trending toward freeform optics, which are optics that can be made virtually to any complex shape,” said Tayyab Suratwala, LLNL’s program director for Optics and Material Science and Technology. “Expanding this to 3D printed optics with compositional variation can greatly increase the capabilities of this new frontier.”

While the research could potentially expand the design space for optical engineers, it may also have applications outside of optics, including glass microfluidic devices that have complex and previously unobtainable layouts, researchers said. Glass is a prized material for microfluidics due to its optical transparency, chemical resistance, mechanical properties, and ability to tailor its surface chemistry and functionality, however, glass is difficult to machine and etch to make complex microfluidic device geometries feasible. 3D printing of glass could change that and the team demonstrated 3D printing of a simple microfluidic network.

"Achieving compositional and structural control for functional materials, in this case for optical components and microfluidics, promises to tremendously open up the application space for 3D printing technologies," said Eric Duoss, a materials engineer working on the project. "It’s not easy to do, however our multidisciplinary team was able to identify and overcome challenges in a broad range of areas including chemistry, materials, engineering, physics, and optics, to create a robust and repeatable approach to printing glass."

Now that they’ve proven printing transparent glass is possible, researchers are turning their attention to making actual high-quality optics and gradient index lenses by varying the composition of the glass. The next hurdle is Gradient Refractive Index (GRIN) optics, which will require more process understanding and control. 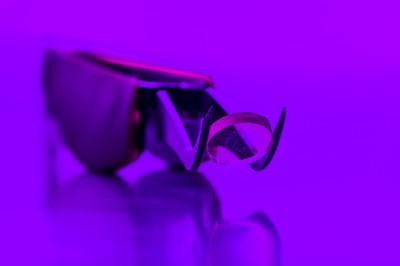 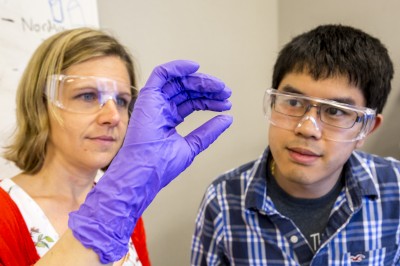 Caption: LLNL researchers, along with academic collaborators, have reported the synthesis of 3D printed transparent glass components using a “slurry” of silica particles extruded through a direct-ink writing process.