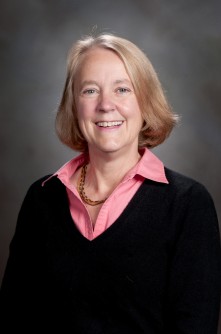 Andrea Dietrich, http://www.cee.vt.edu/people/dietrich.html professor of civil and environmental engineering at Virginia Tech, and her colleague Gary A. Burlingame of the Philadelphia Water Department, are calling for a critical review and rethinking of the U.S. Environmental Protection Agency’s (EPA) secondary standards for maintaining consumers’ confidence in tap water as well as in its sensory quality.

Newswise — Changes in drinking water quality in the 21st Century are coming from a myriad of circumstances, and not all are for the best. Top contenders for why water-drinking quality might become suspect to the average consumer include California’s drought conditions, the technology of fracking, and the nationwide aging infrastructure of rusty, degrading pipes.

Citing these and other relatively recent scenarios, Andrea Dietrich, professor of civil and environmental engineering at Virginia Tech, and her colleague Gary A. Burlingame of the Philadelphia Water Department, are calling for a critical review and rethinking of the U.S. Environmental Protection Agency’s (EPA) secondary standards for maintaining consumers’ confidence in tap water as well as in its sensory quality.

Most of the “current secondary maximum contaminant levels” implemented by the EPA are more than 50 years old, they wrote in a published journal paper. During these past five decades, Dietrich and Burlingame point out that environmental water availability and treatment practices have changed, advances have occurred in sensory science, and consumer perceptions, attitudes and health expectations toward drinking water have transformed.

Dietrich and Burlingame published their paper in American Chemical Society’s Environmental Science and Technology, the top environmental engineering journal, in December of 2014.

Of these contaminants, Dietrich and Burlingame stated that recent advances in sensory and health sciences indicate that the EPA standards for chloride, copper, iron, and manganese are “too high” to minimize sensory effects. Furthermore, the standards for corrosivity and foaming agents “may be outdated.” Corrosivity, according to the EPA, is the quality of being corrosive, or gradually releasing structural components of the materials by chemical reaction with the environment. Corrosion of distribution system pipes can reduce water flow.

Also, the standard for odor “requires rethinking as the test does not correlate with consumer complaints,” they argued.

As an example of consumers’ anxieties about smell and significance of aesthetic guidelines, Dietrich pointed to a major chemical spill of an odorous 4-methylcyclohexanemethanol in West Virginia’s Elk River a year ago. The persistence of odors in the tap waters of more than 300,000 West Virginians “made residents fearful” even after officials had lifted the “do not drink the water” ban.

“The lingering licorice odors” lowered public confidence and hundreds of people went to the area hospitals reporting symptoms of nausea, headaches, vomiting, itching, sore throat, eye irritation, rashes, abdominal pains, and diarrhea, said Daniel Gallagher, http://www.cee.vt.edu/people/gallagher.html associate professor of civil and environmental engineering at Virginia Tech. He, along with Dietrich, played a major role in the research conducted after the spill, including the receipt of a National Science Foundation rapid response grant to do the initial work. Gallagher and Dietrich also published their paper on the odors of 4-methylcyclohexanemethanol in Environmental Science and Technology in December of 2014.

The financial damage from the spill was estimated at $61 million for the first month alone.

Taste is another problem with drinking water quality, and Dietrich and Burlingame point to the salty taste that comes from drought conditions. With little or no rain, increases occur in inorganic total dissolved solids, causing a salty or mineral-water taste. The current secondary contaminant levels are designed to avoid salty or mineral tastes, but a drought can play havoc with water sources that end up in drinking water.

Hydraulic fracturing for new sources of gas can also result in a failing taste test because it is done in conjunction with brines that seep through the water tables.

“Since secondary maximum contaminant levels are not monitored or enforced nationally, there is no systematic collection and interpretation of consumer feedback. Research is necessary to develop standardized procedures for the collection of consumer feedback on aesthetic, cosmetic, and technical concerns at individual community water systems and centralized in a national data base,” advocated Dietrich and Burlingame.

Since the EPA’s secondary standards are designed “to be a viable assessment of consumer acceptability and a means to instill confidence in tap water,” they should be reviewed and reassessed for chloride, copper, fluoride, iron and manganese, concluded Dietrich and Burlingame. The current outdated standard for corrosivity “is a challenge to implement and interpret as there is no method to measure corrosivity.” They also suggested new standards should be considered for ammonia, hardness, sodium, and specific odorants.

Dietrich, an expert on water quality and treatment, as well as its taste and odor assessment, has worked for several decades training utility staff and managers around the U.S. and across the globe on how to use sensory analysis to detect changes in water quality. She has also worked in the area of assessing taste, odor, and visual perception of chemical elements in water.

Burlingame, director of the Philadelphia Water Department's Bureau of Laboratory Services, oversees an annual operating budget exceeding $10 million and a staffing of more than 110 people. Analyses are done on drinking water, source water, wastewater, sediment, sludge, and related media. He has been active on the American Water Works Association’s and International Water Association’s committees, in Water Research Foundation studies, and is widely published on the topic of the sensory aspects of drinking water for more than 25 years.