Researchers Create a Better Way to Find Out ‘When’ 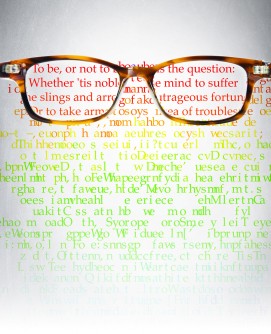 This schematic represents the famous Shakespeare soliloquy with the alphabet sequence jumbled to the same extent as the experimental data used to devise the algorithm, and the recovery of the correct sequence. 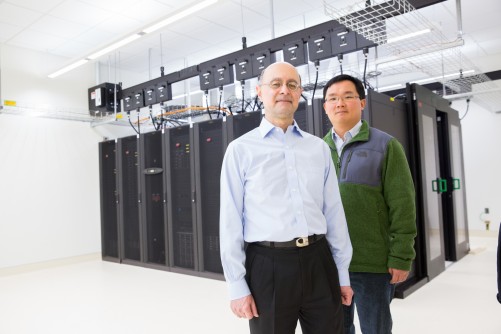 Newswise — Let’s say you’re trying to pinpoint when a particular past event occurred, but your best possible estimate puts it only within a span of 10,000 years. Now imagine if something could shrink that window of “when” to just 30 years.

That’s the power of a new mathematical tool devised and tested by an international team of scientists, led by two from the University of Wisconsin-Milwaukee.

The tool, a machine-learning algorithm honed by Abbas Ourmazd and Russell Fung, reduces timing uncertainties during changing events, improving accuracy by a factor of up to 300.

It could have numerous applications, from dating past climate-change events with better precision to determining when molecular bonds form or break during chemical reactions lasting only a few quadrillionths of a second.

“Timing uncertainty has been a bane in many areas of science for a long time,” said Ourmazd, UWM distinguished professor of physics. “You often have data, but no exact time stamps on that data.”

Joining UWM’s researchers in the discovery were scientists from the Center for Free-Electron Laser Science at DESY Research Center in Hamburg, Germany; the University of Hamburg; and Northwestern University.

The work appears in the April 28 issue of the journal Nature.

Ourmazd and Fung built the algorithm by extracting a weak “arrow of time” from noisy data with corrupt time stamps. Think of it as restoring the initial sequence of a deck of cards after it has been shuffled.

“There are some remnants of the original sequence information in the shuffled deck,” said Fung, a UWM senior scientist. “There’s a weak whisper of time, like a faint voice in a loud party.”

The researchers conceived the algorithm while working with data from a project tracking the movement of molecules using an X-ray free electron laser. Called an XFEL, this equipment at the SLAC National Accelerator Laboratory is the world’s brightest X-ray laser and it serves as a camera of matter at nanoscale.

The XFEL uses an ultraquick flash of light to grab a “snapshot” with such speed that the sequence of snapshots yields a slow-motion movie of extremely rapid events.

Making such a movie requires not only hundreds of thousands of snapshots, but also knowledge of the precise time when each snapshot was taken. Despite the unparalleled speed of the XFEL, much of the action is smeared, because the sequence of events is scrambled.

The algorithm Ourmazd and Fung devised resolves this problem. In an experiment at the Linac Coherent Light Source, the XFEL at SLAC, the researchers used the mathematical tool to reconstruct a clear movie of molecules as the bonds holding their atoms together were torn apart.

The algorithm identifies internal correlations to make sense of the ocean of snapshots. The sheer amount of data the XFEL generates aids the algorithm in this task.

“One image viewed in conjunction with another gives you richer information than you would get by considering the two images separately,” Ourmazd said.

The research team sees applications in other sciences involving dynamical histories that are imprecisely known, such as geology, metrology, chemistry, biology and astronomy.

“There’s a treasure trove of information to be had,” Ourmazd said, “and we’ve pried the door open.” 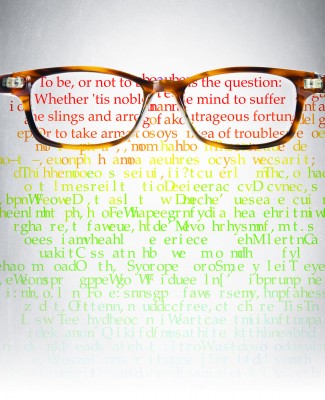 Caption: This schematic represents the famous Shakespeare soliloquy with the alphabet sequence jumbled to the same extent as the experimental data used to devise the algorithm, and the recovery of the correct sequence. 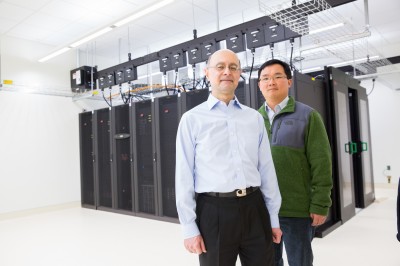